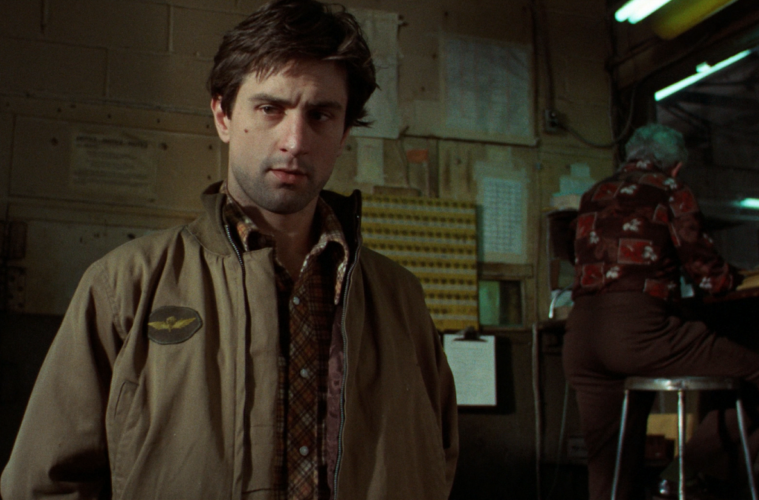 As Robert De Niro celebrates his birthday, we’ve reflected on some of his best roles, and while Vito Corleone, Jake LaMotta, Rupert Pupkin, and many others are often mentioned, there was perhaps none more defining than Travis Bickle. Nearly 40 years since its release, Martin Scorsese‘s Taxi Driver stands up as one of the finest works the medium has to offer, a searing character study with immaculate direction.

After a feature-length documentary that goes in-depth on the production of the film, we now have a 75-minute video essay from Channel Criswell (who recently delivered a great piece on color in cinematic storytelling) that explores the themes and style far deeper than your run-of-the-mill analysis.

Setting up the self-inflicted loneliness Bickle finds himself in through both the script and directorial decisions, it takes a chronological look at his journey of hatred and paranoia at the world around him. It’s a must-watch for any fan of the film and perhaps even proving more useful for those who didn’t click with it the first time around. Check out the full, two-part analysis below, which makes for an ideal post-viewing rewatch of Scorsese’s masterpiece, after an excerpt from Roger Ebert’s great review of the film.

This utter aloneness is at the center of “Taxi Driver,” one of the best and most powerful of all films, and perhaps it is why so many people connect with it even though Travis Bickle would seem to be the most alienating of movie heroes. We have all felt as alone as Travis. Most of us are better at dealing with it.

Taxi Driver is currently available to stream and watch on Blu-ray.

What did you think of the analysis?