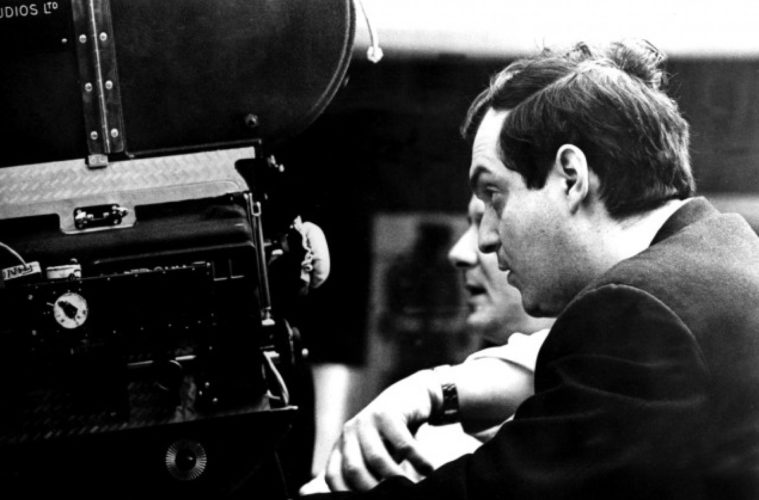 Explore the Genius of Stanley Kubrick In a Collection of Documentaries, Conversations, and More

A film is – or should be – more like music than like fiction. It should be a progression of moods and feelings. The theme, what’s behind the emotion, the meaning, all that comes later. – Stanley Kubrick

17 years ago today, we lost perhaps the most influential director in cinema, Stanley Kubrick. There’s no shortage of videos and other materials (we’ve posted hours upon hours’ worth) regarding his meticulous process and the effect his work has had on generations of filmmakers, but while he continues to be a source of inspiration for both them and viewers, there’s also room to learn more. On the anniversary of his death, we have a collection of some of the finest resources.

Leading off with the crown jewels of today’s post, we have a nearly one-hour conversation with his widow Christiane Kubrick, Martin Scorsese, and his long-time producer Jan Harlan. The trio stopped by The Charlie Rose Show back in 2001 to discuss the then-new documentary Stanley Kubrick: A Life in Pictures (which we’ve also embedded in its full, nearly 2.5-hour form). Scorsese discusses how he continually looks to Kubrick when he feels stuck, saying, “When you get tired, you say, ‘How can I get better? What can I do?’ You look at that source. You look at that inspiration. You say, ‘Well, Kubrick wouldn’t let it stay this way. He would have changed that angle. He would’ve worked it out. He would’ve tried to figured out getting more time to shoot the scene this way or that way. He would’ve really seen it through to its end.'”

Next, we have five documentaries coming from Gary Leva, each taking a look at a certain feature and specifics therein. First up, his 2007 documentary Standing on the Shoulders: The Legacy of 2001 features Steven Spielberg, William Friedkin, Roger Ebert, Phil Tippett, George Lucas, and more as they discuss how it marked the first time people took science-fiction seriously. Then there’s Vision of a Future Passed: The Prophesy of 2001, which explores how much the film predicted and how much further in the future we still have to go. Jumping to his horror masterpiece The Shining, we have a pair of documentaries — The Visions of Stanley Kubrick, which looks at the evocative imagery throughout the film and perhaps their source, and View From the Overlook: Crafting the Shining, which gets more into the actual making of the feature. Lastly, Turning Like Clockwork finds Malcolm McDowell, Oliver Stone, James Mangold, Paul Greengrass, and more discuss the impact A Clockwork Orange has had on the culture.

Moving on: back in 1993, The Criterion Collection gave 2001: A Space Odyssey the Laserdisc treatment, and, as one might expect, it’s long been out-of-print. However, we have 30 minutes of extras from the disc. Kicking things off with an Arthur C. Clarke introduction, it takes a deeply technical look at the picture’s production, and is followed by a collection of behind-the-scenes stills. For even more on the making of the feature, CinemaTyler has a four-part documentary, running over 100 minutes, about its creation. Lastly, we have a pair of video essays. One shows how Kubrick observes the depiction of humanity in his features, a rebuttal to what might be the biggest criticism of his work. The other, the most brief video in this collection, looks at the so-called Kubrick Gaze, which depicts some of the most memorable, similar shots in his filmography.

Do your part in honoring the director today and carve out a few hours to check out everything below:

What’s your favorite Kubrick film? What did you think of the documentaries and conversations?