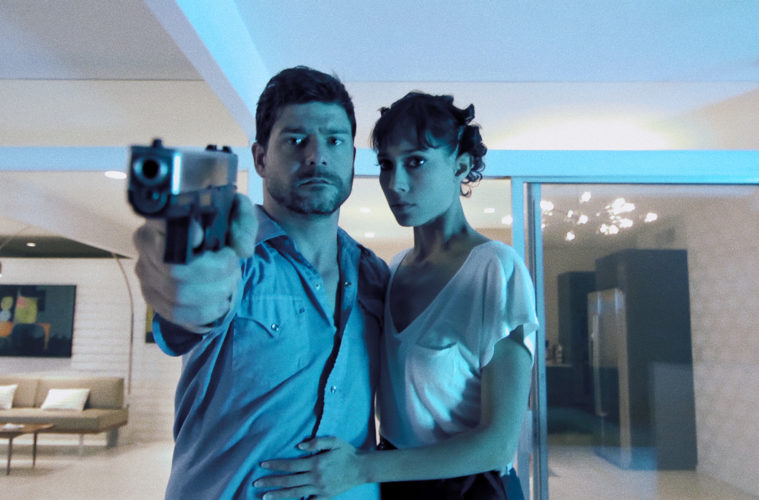 Exclusive: Trailer for Zak Forsman’s Crime Thriller ‘Down and Dangerous’ If you follow independent cinema and partake in the burgeoning crowdfunded film scene, you may have come across the name Zak Forsman. Having written and directed several shorts and one feature, Heart of Now, with the support of his artistic collective Sabi, Forsman is a major force in social media and sharing his filmmaking experiences.

With his latest feature, Down and Dangerous, he was inspired by his father, a part-time cocaine smuggler in the ’70s who wrote a book Snowblind documenting his experience. After raising around nearly $40,000 on Kickstarter, Forsman used resources around him that were readily available to cut down costs and embrace what it means to be a micro-budget feature.

Despite working with less money, the quality of the filmmaking looks outstanding, judging from this debut trailer. Featuring a lead performance from John T. Woods (who is on the festival circuit in this year’s S-VHS) and a cameo from The Breakfast Club‘s Judd Nelson, the trailer sells Down and Dangerous as a gripping drug escapade with a poignant personal touch. The film will have its world premiere at the Phoenix Film Festival in April and one can check out the exclusive trailer and synopsis below. Always one step ahead of the Feds, Paul Boxer is the most inventive and principled smuggler in the trade, and has never needed to carry a gun. When violent mid-level traffickers coerce him into designing a foolproof plan to bring several kilos of cocaine across the México border, he maneuvers to rid himself of their hold over him once and for all. But when a sharp-witted woman from his past enlists his help to escape this rival outfit, Paul must confront the man that is hunting him down, and choose between his livelihood as a smuggler and his integrity as a man.

Down and Dangerous will premiere at the Phoenix Film Festival in April.