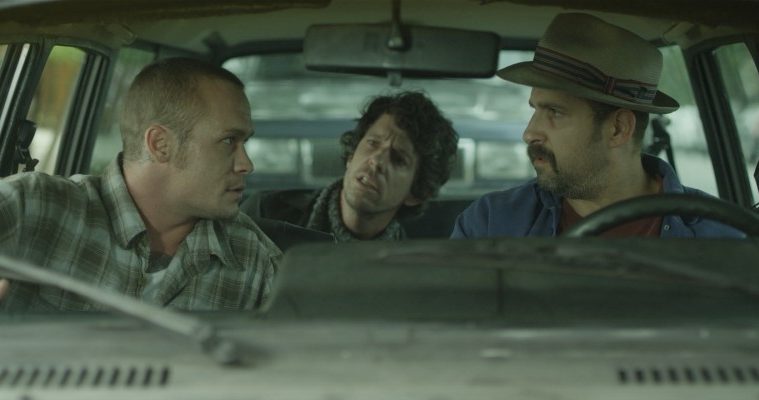 The screenwriter behind such family fare as Cool Runnings, Little Giants, and Snow Dogs, Tommy Swerdlow spent nearly two decades addicted to heroin and methadone, and with any addiction also comes the unceasing search for the next fix. He’s now channeled these experiences for his directorial debut, A Thousand Junkies, and we’re pleased to premiere the trailer today courtesy of The Orchard. Starring alongside co-writer TJ Bowen and the late Blake Heron–both of whom Swerdlow met in AA–one can’t imagine a more authentic rendering of such a life-consuming addiction than what this pitch-black buddy comedy captures.

“The film embodies a statement made by Jerry Stahl, writer of Permanent Midnight: a good friend who is a junkie will do all of your drugs and then spend the day helping you look for them,” John Fink said in our Tribeca Film Festival review. “A Thousand Junkies is not necessarily a morality tale, nor is it pure voyeurism. It’s simply capturing a day in a life — or three, to be more specific.”

As Los Angeles wakes up and goes to work, so do TJ, Blake and Tommy. Three junkies whose day consists of driving around L. A. in a battered car looking for their next fix, they become increasingly desperate as the day goes on without success.

A “drug” movie with no drugs, and a “road” movie that goes nowhere, A THOUSAND JUNKIES is a dark, visceral comedy about the 9 to 5 job of being a junkie, and the strange bonds that are formed between addicts. A Thousand Junkies arrives on VOD on January 30.