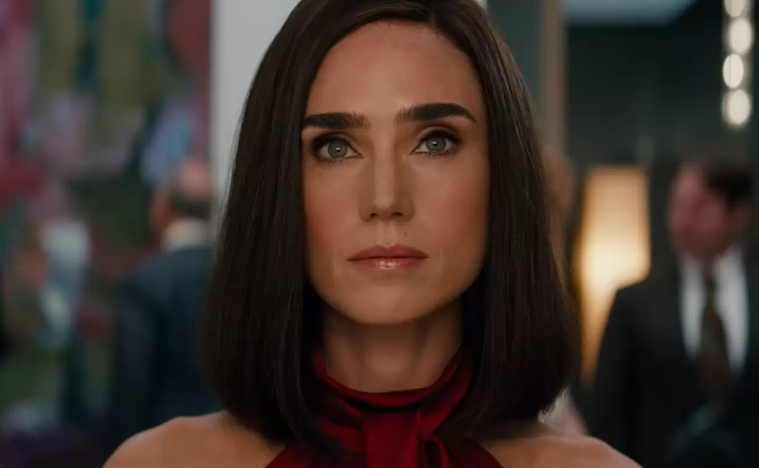 It seems impossible, or maybe just stupid: adapt what is perhaps the most acclaimed novel by perhaps our greatest living novelist as your directorial debut, which you’ll also star in as a character with whom, based on the many and very critical descriptions from said most-acclaimed-novel-by-greatest-living-novelist, you don’t even have the greatest resemblance. Here we are, then, with Ewan McGregor‘s American Pastoral, an adaptation of Philip Roth‘s Pulitzer-winning, meta-fictional masterpiece of grieving, complex generational rifts, and glove-making — not exactly a Sundance-premiering dramedy.

I very much hope not to look like a fool in four months’ time when I say, now, that the first preview points towards something with character — perhaps rather good, even. Early days, yes (hence the disclaimer), yet this is a fine sampling of period-evoking design, shots and palette that evoke some sense of visual purpose — hello, The American and Control DP Martin Ruhe — and, for what it’s worth, hints of at least one scene I never thought any studio would have the gumption to put onscreen. At the end of it all, I can say this much: an entirely anodyne adaptation is no longer feared.

See the preview below (via Vanity Fair):

Based on the Pulitzer Prize-winning Phillip Roth novel, AMERICAN PASTORAL follows a family whose seemingly idyllic existence is shattered by the social and political turmoil of the 1960s. Ewan McGregor (Salmon Fishing in the Yemen, Beginners) makes his directorial debut and stars as Seymour “Swede” Levov, a once legendary high school athlete who is now a successful businessman married to Dawn, a former beauty queen. But turmoil brews beneath the polished veneer of Swede’s life. When his beloved teenage daughter, Merry, disappears after being accused of committing a violent act, Swede dedicates himself to finding her and reuniting his family. What he discovers shakes him to the core, forcing him to look beneath the surface and confront the chaos that is shaping the world around him. AMERICAN PASTORAL also stars Academy Award® winner Jennifer Connelly (A Beautiful Mind) as Dawn, Dakota Fanning (The Runaways, The Twilight Saga) as Merry, Emmy® winner Uzo Aduba (Orange Is the New Black), and Academy Award® nominee David Strathairn (Lincoln, Good Night, and Good Luck).

American Pastoral will open on October 21.