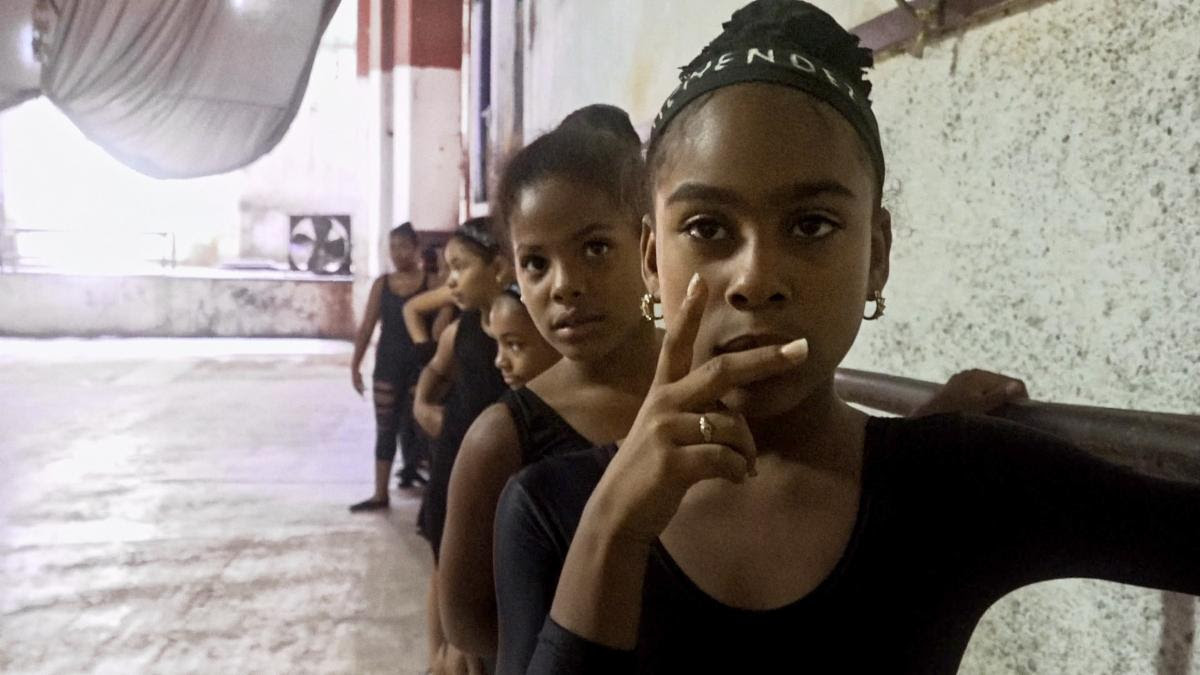 “This is utopia, bright and burning.” So narrates Hubert Sauper at the end of Epicentro, but the question at this point isn’t whether this utopia is real. It’s pretty well established that it isn’t—at least not entirely. It’s a matter of what’s fuelling it. Is it the brightness of the culture, or is it the burning it came from? “You are in the year 1898,” Sauper says at the beginning. The USS Maine has just fallen to an explosion in the Havana Harbor, and with that big bang comes more. The American flag is planted for the first time overseas. Yellow journalism and warfare unfold, and cinema, in its infancy, amplifies and distorts it all. The extent to which these all connect isn’t set in stone, but that’s okay.

Epicentro is too fluid for that. It comes in waves at one moment and in droplets the next. The sound design swings from one ear to the other before falling back again. All the while, the camera is almost spectral in how it sees subjects and places from a variety of perspectives, all carrying a similar weight. This lack of objectivity is blatant. In fact, it beguiles Sauper’s film as much as Cuba itself, and as part impressionistic work and part ethnography, Epicentro often turns counterintuitive into crucial.

But while its views may jerk around, its viewpoints don’t. It’s at the beginning that Sauper and co-editor Yves Deachamps set the journey to run full circle. It starts at the shore, rendering itself passive to Cuba in its nature and, soon after, its culture. The camera more or less wanders like a lost spirit for 108 minutes, and in that regard, the picture can lack its own sense of self. That’s not a problem, though. Sauper and Deachamps instead let their subjects connect the past to the future—media, ambitions, history, and all—with an associative logic. It’s when those on screen make a point that the film floats along with it.

It ties back to imperialism for the most part—its effects on history, the cynicism it leaves for decades. Epicentro’s most provocative moments, however, are when art and politics intersect, all but forcing the film itself to acknowledge its own hypocrisies. On paper, the documentary is colonial tourism in the most literal sense. It’s when circumstances arise that the film steps back to reflect on itself. Case in point: an hour in when an American photographer takes shots of the locals, only to brag about not paying his subjects. “To be photographed by me is an honor,” he says.

From that point on, the view shifts. The points Sauper and company have set out to explore turn the discussion not on them, but against them. Children embrace others’ cultural hegemony, even making it their own. Passersby voice their resentment towards their oppressors in ways both sardonic and generalized. Epicentro’s submissiveness, in many ways, reveals itself to be its saving grace. Granted, this doesn’t absolve the final product from its own shortcomings. Its lack of self-awareness rears its head at an unfortunate time or two, and the pacing halts in the final 20 minutes. It doesn’t fully match its ambition either, but for such a wide swirl of contradictions, Epicentro largely pays off.