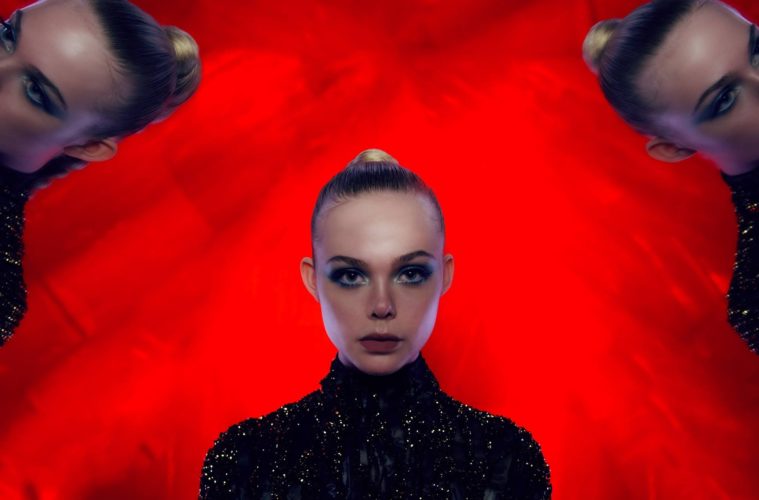 With filming wrapping up just about a year ago, it’s been a bit of a wait for Nicolas Winding Refn‘s next feature The Neon Demon, but now it’s confirmed when we’ll be able to see it. Set for a premiere at the 2016 Cannes Film Festival on Friday, May 20th, it’ll arrive in just over a month in the Unites States. Amazon Studios have set a release of June 24th (which many could have predicted as the official soundtrack arrives then), alongside another one of their films, Todd Solondz‘s Wiener-Dog, which we loved at Sundance.

Starring Elle Fanning, Keanu Reeves, Christina Hendricks, Jena Malone, Abbey Lee, and Bela Heathcoate, the horror-thriller follows an aspiring model who moves to Los Angeles where her youth and vitality are devoured by a group of beauty-obsessed women who will go to any lengths to get what she has.

We now have a batch of new images from the film, seen below, which show off more of the dark undertones as well as the supporting cast. Also included is the cover for Little White Lies‘ latest issue, in which Winding Refn describes the film as his “personal search for his ‘inner 16-year-old girl.'” [Elle Fanning Place/The Playlist]