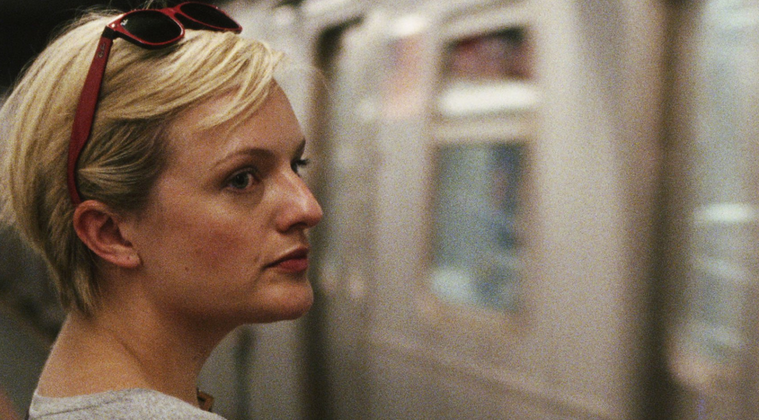 Coming hot off her major success with Madeline’s Madeline at the 2018 Sundance Film Festival, director Josephine Decker’s next directorial outing is reportedly already nearing production. Slated to start shooting sometime this summer, Decker’s new film is a biological thriller titled Shirley, and is based on the Susan Scarf Merrell book of the same name. Elisabeth Moss and Michael Stuhlbarg are confirmed to star in the upcoming film, Deadline reports. Stuhlbarg will play Bennington College professor Stanley Hyman, and husband to Shirley Jackson, who, after agreeing to house a young couple, finds inspiration for her next novel and uses the couple as deranged inspiration.

Stuhlbarg had a remarkable year last year, giving a career-best supporting performance in Call Me By Your Name, as well as taking part in The Shape of Water and The Post. Elisabeth Moss, who has done a strong job of seeking out indie auteurs with Jane Campion, Alex Ross Perry, David Lowery, Ben Wheatley, and more, will star opposite Stuhlbarg in a role yet to be revealed.

The film’s script is adapted by Sarah Gubbins, who created and wrote the television series I Love Dick. With funding from Killer Films, Shirley is being produced by Christine Vachon, David Hinojosa, Elisabeth Moss, Sue Naegle, and Sarah Gubbins. You can find more information on the film’s source text by looking into the synopsis for Merrell’s novel below, courtesy of Amazon.

Best known for her short story “The Lottery,” Shirley Jackson is an endlessly fascinating figure whose chilling tales of psychological suspense are still widely read and taught around the world. In this darkly captivating novel, Susan Scarf Merrell uses the facts of Jackson’s life as a springboard to explore the 1964 disappearance of Paula Weldon, a young Bennington College student. Told through the eyes of Rose Nemser—the wife of a graduate student working with Jackson’s husband, Bennington professor Stanley Edgar Hyman—Shirley reimagines the connections between the Hymans’ volatile marriage and one of the era’s great unsolved mysteries.

Shirley will likely premiere in 2019.