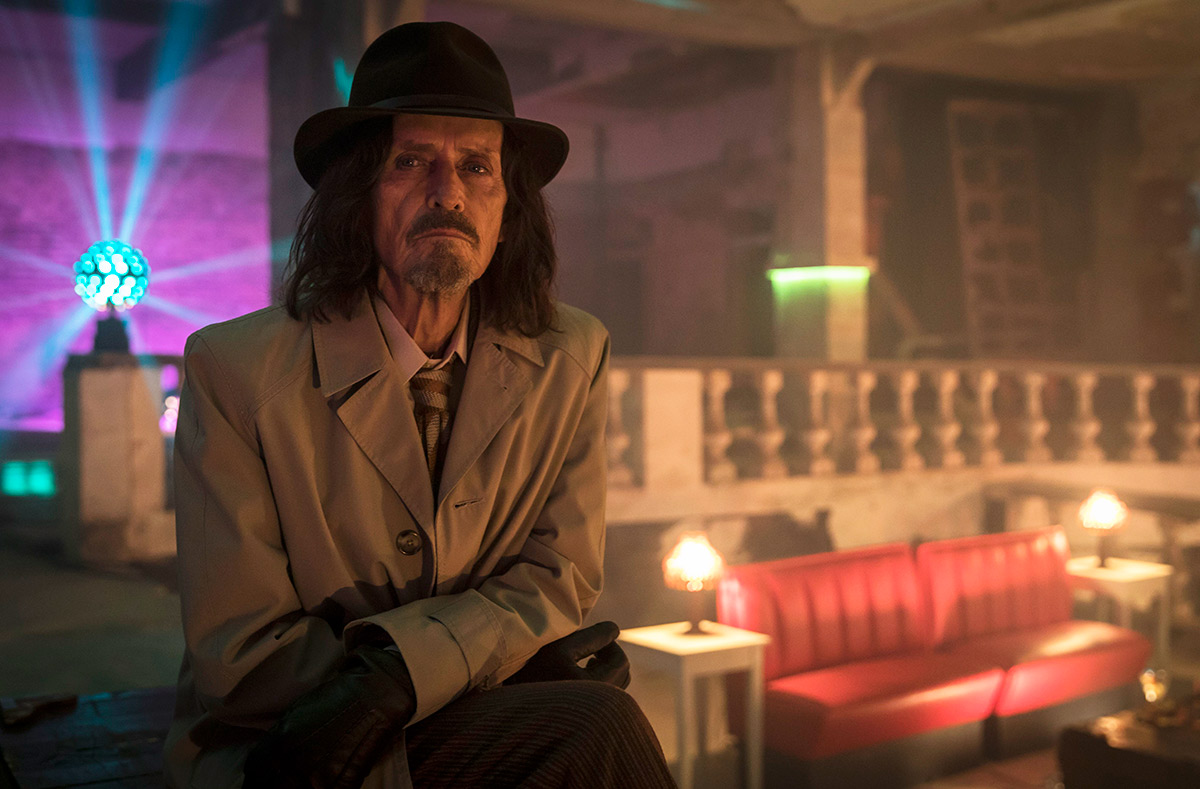 Arguably the most eclectic director of the “Toronto New Wave,” Bruce McDonald returns with his most ambitious and perhaps most frustrating film yet, Dreamland. A mashup of cinematic and pulp influences set in Luxembourg (a country that’s a few hundred square miles smaller than Rhode Island), McDonald continues to play with language and cultural tension as he reimagines Pizzagate through the lens of Alphaville, Last Year at Marienbad, Taxi Driver, John Wick, and countless other films and moments to dizzying and nearly incoherent effect. There’s also hitmen, vampires, a countess, and a wedding party where colonialism takes center stage. Lost yet? It’s a feature, not a bug.

Frequent collaborator Stephen McHattie (star of Pontypool, McDonald’s horror film about Franco/Anglophone tensions in Canada) stars as Johnny Deadeyes, a trumpet player moonlighting as a hitman (or perhaps it’s the other way around?) on one heroin-infused trip. He arrives in Luxembourg wandering the streets and night clubs killing time before his next mission. Working for a mercenary turned child sex trafficker Hercules (Henry Rollins) he’s given a mission that pushes him outside of his comfort zone and into a moral gray area.

What follows is somewhat predictable as leads are chased down when McHattie’s “Maestro” and hitman personas collide as the film takes multiple absurd lapses that frankly were more baffling than enthralling. Eventually he reaches a wedding banquet for 14-year-old Olivia (Themis Pauwels), curated by other mother-in-law-to-be, the Countess (Juliette Lewis), in which every country has sent a delegation to participate, arranged by colonial guilt.

The most surreal picture from McDonald, whose work ranges from sweet slices of Canadian life (Trigger, Weirdos), poetic experimental character studies (The Tracey Fragments, This Movie is Broken) to more genre-focused work (Pontypool, Hellions) along with his cult hit Hard Core Logo, Dreamland is a work of madness that feels like we’re watching a master pick through the rubble of an explosion at the pop culture factory. One way to read McDonald’s pictures is to focus on both language and cultural tension subjects explored directly on screen.

The playful intersection of ideas does not, however, make a film effective and Dreamland loses its way once it starts repeating itself. It takes a nose dive into B-movie territory while shedding the boundless joy of a terrible movie like The Apple. Instead of sinking in, I found myself yearning for the classics it has either been influenced by or is borrowing heavily from. If this were a more academic exercise it should have come with an extensive works cited page.

Dreamland is now available to digitally.