DOC NYC Review: Television Event Examines the Phenomenon of the Made-For-ABC Movie The Day After 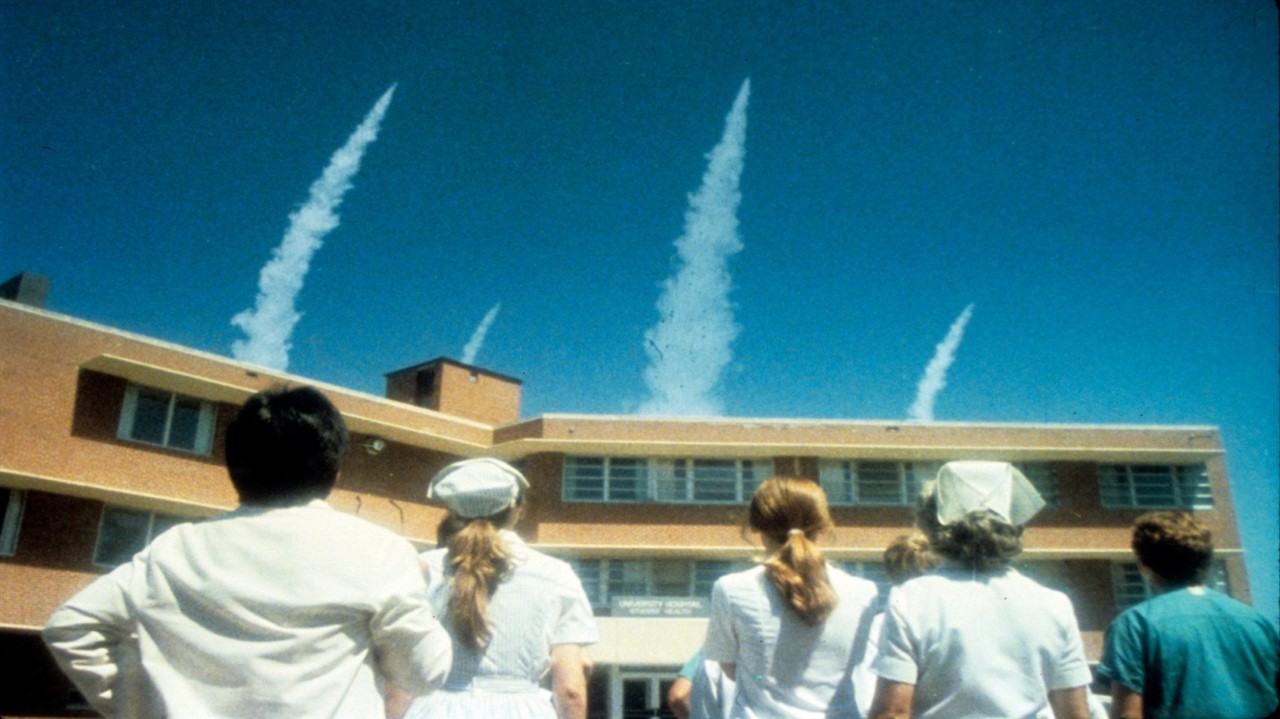 The idea of 67% of American households tuning into a network television movie seems almost absurd in 2020. The Super Bowl can rate those numbers, but a movie? A network TV movie? Almost impossible. That number was reached, however, by The Day After in 1983. At the height of the Cold War, this made-for-ABC Nicholas Meyer movie about the aftermath of nuclear war drew a staggering 100 million viewers. It also created a new dialogue around nuclear de-escalation, outraged conservatives, drove its director to complain to a gossip columnist about ABC executives, and haunted the dreams of young viewers for years to come. Quite a feat for any motion picture.

Jeff Daniels’ (not that one) documentary Television Event tells the story of The Day After’s conception, production, and impact in an entertaining fashion. A tale with surprising links to the present, it recounts a pop culture phenomenon that’s entirely deserving of this cinematic treatment. But despite this incredible context, the majority of the 90-minute runtime is devoted to the making of The Day After while only the last 25 minutes of so concerns the tremendous cultural impact of the film. This breakdown is somewhat surprising, and makes Television Event less appealing to audiences interested in cultural history than those who find production stories fascinating. Viewers seeking deep analysis of the Cold War and the era’s attitudes on nuclear proliferation may come away slightly undernourished.

Those who have never seen The Day After will come away from Television Event primed for a powerful drama—and they will not be disappointed. Meyer summarizes Day in the documentary with efficient bluntness: “It’s about a bunch of people in the midwest going about their business, and then they get nuked.” This was unprecedented subject matter for a made-for-TV movie—especially in the early 1980s. Yet ABC President Bradon Stoddard understood the influence such a film could have—and the controversy it would cause. This was, after all, an era in which nuclear war between the United States and Soviet Union seemed a real possibility. If Stoddard could get this “what if” drama on the air, it would be (drum roll) a major television event.

Watch an exclusive clip above.

And with a script by Ed Hume, direction from Meyer, and stars like Jason Robards, that is indeed what The Day After became. Daniels’ documentary then spends significant time detailing the battles between Meyer and ABC, as well as the intricacies of filming a movie depicting nuclear holocaust on location in a small Kansas town. Real residents of Lawrence, Kansas acted in the film, and this documentary spotlights a number of memories from their experiences. Stories from a woman named Ellen Anthony are particularly moving as she speaks tearfully of watching the movie and seeing her own real-life classmates playing the obliterated children.

This is all undeniably fascinating, but focusing on the the production itself makes the later look at The Day After’s airing and aftermath feel a bit rushed. Perhaps another 20 minutes or so may have helped to even out these halves. A bit more stylistic boldness would have also been welcome as this is a standard clips and talking heads doc. Thankfully, one of those talking heads is Meyer, who the film repeatedly does right by.

One of the biggest takeaways of Television Event is deeper appreciation for Meyer, a writer-filmmaker whose career has included both high-quality escapist fare like Time After Time and Star Trek II, as well as weightier efforts like Philip Roth adaptations The Human Stain and Elegy. (He authored both scripts but did direct; Roth hated them.) Here, he is combative, smart, often hilarious, and likably ornery.

Without question, he’s the most genuinely endearing figure in Television Event. In fact, a film of Meyer discussing his diverse, storied career would be a strong follow-up. The strongest companion, though, would be to just watch The Day After. Television Event qualifies as a solid documentary, but ultimately there is no topping its subject.