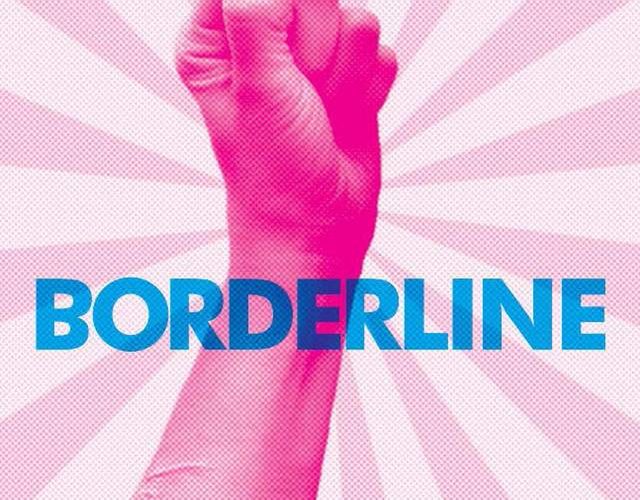 Making a film often requires one to exhibit behaviors therapists associate with BPD (Borderline Personality Disorder), which is territory the filmmaker Rebbie Ratner is intimately involved with beyond the subject of her film, Regina, having struggled with BPD herself. We’re first introduced to Regina — a 45-year old New York City-based lesbian — jobless, in debt, and battling BPD, as well as drug and alcohol dependency, discussing feelings of rage. Regina fantasizes about violently attacking feminine women with who wronged her along with her neighbor. A film that isn’t quite as grim you’d imagine, the subject quickly turns to her quest to find happiness, love, and a job.

Borderline blends performative elements, cinéma vérité, and talking heads with clinical professionals whom at times offer contradictory information on BPD and Regina’s prospects. Regina is an engaging woman who might make a fun drinking buddy in the good times, but when things aren’t great: stand clear. Crossing the border between subjectivity and the responsibilities documentary filmmakers have to their subjects, Ratner shapes the narrative, not backing down when she’s told to turn off the camera, and in one passage, allowing a technician to scold a subject for removing her microphone without his consent. The film’s finale contains a cringe-worthy moment of admission: Regina is egged on into making a phone call she otherwise would not, in order to provide Ratner and her documentary with closure.

Certain details are obscured from Regina’s past but we learn she came out prior to her mother coming out, after which her mother allegedly fell in love with her psychiatrist, explaining much of Regina’s issues trusting those seeking to help her. She, it appears, has tried everything from drugs to alcohol to self-harm, which is animated in a kind of Busby Berkeley-style series of glittering razors and dancers that is a break from the film’s gritty run-and-gun self-made aesthetic.

The success of Borderline rests on its intimate access to the subject, providing a valuable entry point into BPD as we watch Regina lose control, fantasize about violence, and ultimately restrain herself. The film is not full of pleasant answers, but hard truths as Regina deals with aging (seeking Botox and other skin treatments early on) and companionship. Turning to OkCupid, she has a hard time finding exactly what she’s looking for, and refuses to compromise, but the film spends very little time on courtship.

Rolling with Regina requires a great deal of patience and subjectivity, much like coping with a loved one suffering from BPD. The film is less successful as it switches between its various modes of storytelling, from talking head interviews filmed in overly dramatic black and white to other odd formal choices. Yet, films such as Borderline are important more so in content than in form; every story of mental illness is different and the filmmaker’s genuine care for the material and subject is what makes this an engaging experience.