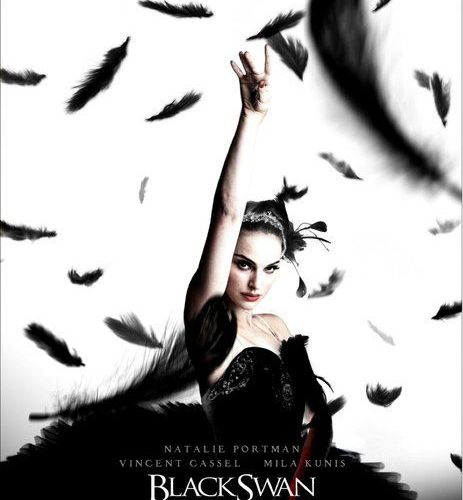 My favorite film of the year is gearing up for a release early next month and Apple has unveiled a freaky new music video, featuring some of the score by Clint Mansell and The Chemical Brothers. Black Swan is directed by Darren Aronofsky (The Fountain, The Wrestler) who recently spoke about his next project, The Wolverine. It stars Natalie Portman, Vincent Cassel, Mila Kunis, Barbara Hershey and Winona Ryder. You can see my TIFF review here. Check out the video below thanks to Apple (via First Showing).

Synopsis: BLACK SWAN follows the story of Nina (Portman), a ballerina in a New York City ballet company whose life, like all those in her profession, is completely consumed with dance. She lives with her retired ballerina mother Erica (Barbara Hershey) who zealously supports her daughter’s professional ambition. When artistic director Thomas Leroy (Vincent Cassel) decides to replace prima ballerina Beth MacIntyre (Winona Ryder) for the opening production of their new season, Swan Lake, Nina is his first choice. But Nina has competition: a new dancer, Lily (Kunis), who impresses Leroy as well. Swan Lake requires a dancer who can play both the White Swan with innocence and grace, and the Black Swan, who represents guile and sensuality. Nina fits the White Swan role perfectly but Lily is the personification of the Black Swan. As the two young dancers expand their rivalry into a twisted friendship, Nina begins to get more in touch with her dark side with a recklessness that threatens to destroy her.