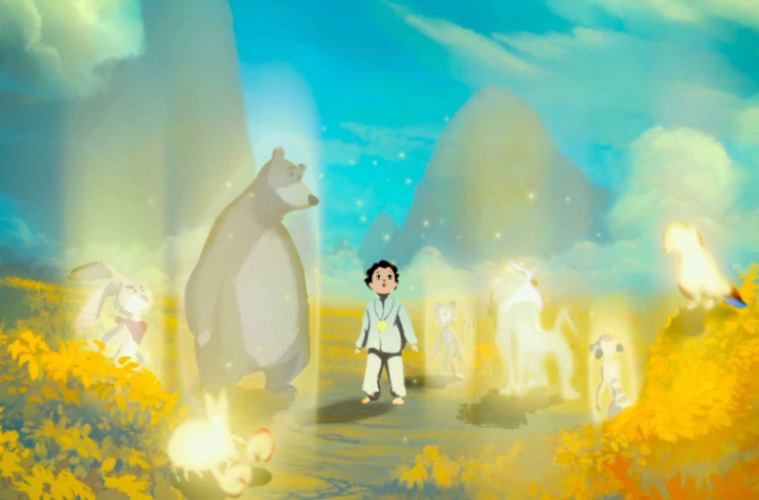 For many of us, we can name more than a few Disney classics that left an imprint on our childhood in remarkable ways. However, for one family they were more significant than even the animators would have imagined. Life, Animated, which premiered at Sundance Film Festival this year and won the Best Directing award, follows the story of Owen Suskind, the son of Pulitzer Prize-winning journalist Ron Suskind. Stricken with autism, he found not only a coping mechanism, but a method of communication thanks to Aladdin, The Jungle Book, The Lion King, and more. Ahead of a release next month, the first inspiring trailer for Roger Ross Williams‘ documentary has landed.

We said in our review, “An optimistic portrait of a family and personal struggle with autism and adulthood, Life, Animated is a unique exploration of themes we’ve seen in several other documentaries on the subject. Every struggle is personal and here we’re presented with how a family of means gets their son the help he needs. It seems as if the stories involving autism that we’re never confronted with are those afflicted in lower/middle class families that do not encourage artistic endeavors cope, develop and receive services; I imagine these stories are significantly less rosy. Life, Animated, like Owen, is optimistic and should provide a measure of comfort for the many families affected by a complex disorder – such stories are essential to share.”

From Academy Award® winning director Roger Ross Williams, LIFE, ANIMATED is the inspirational story of Owen Suskind, a young man who was unable to speak as a child until he and his family discovered a unique way to communicate by immersing themselves in the world of classic Disney animated films. This emotional coming-of-age story follows Owen as he graduates to adulthood and takes his first steps toward independence. The subject of his father Ron Suskind’s New York Times bestseller, Owen was a thriving three year old who suddenly and inexplicably went silent – and for years after remained unable to connect with other people or to convey his thoughts, feelings or desires.

Over time, through repeated viewings of Disney classics like THE LITTLE MERMAID and THE LION KING, Owen found useful tools to help him to understand complex social cues and to re-connect with the world around him.

LIFE, ANIMATED evocatively interweaves classic Disney sequences with verite scenes from Owen’s life in order to explore how his identification and empathy for characters like Simba, Jafar, and Ariel gave him a means to understand his feelings and allowed him to interpret reality. Beautiful, original animations offer rich insights into Owen’s fruitful dialogue with the Disney oeuvre as he imagines himself heroically facing adversity as a member in a tribe of sidekicks.

Owen’s story is a moving testament to the many ways in which stories can serve as a means of persevering through the dark times, leading us all toward the light.