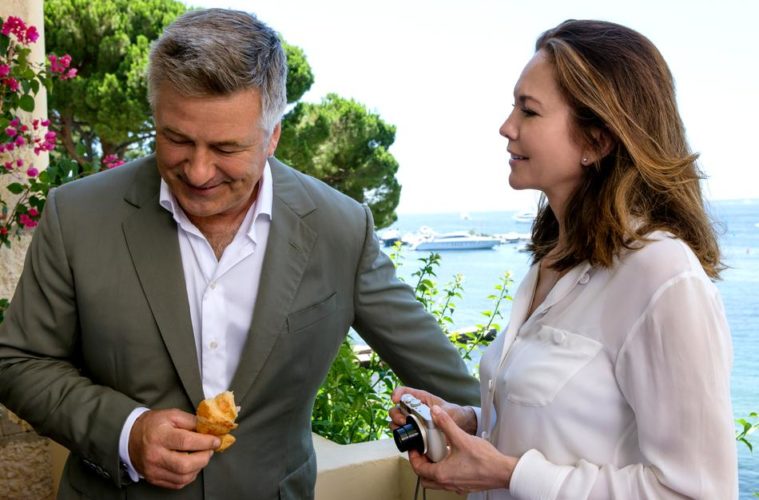 The Beguiled won’t be the only film we’ll be getting from the Coppola family this summer. A new trailer has arrived for Paris Can Wait, the narrative directorial debut of Eleanor Coppola, wife of Francis Ford Coppola and mother of Sofia Coppola. The film, which premiered at TIFF last year, follows Anne (Diane Lane) who, at a crossroads in her life, finds herself on the winding roads of life between Cannes and Paris. Along the way, romance, fun, and good food cause Anne to realize that life can be quite delicious.

We said in our review, “After exploring the insanity and depression that went into her husband making Apocalypse Now with Hearts of Darkness: A Filmmaker’s Apocalypse, here Coppola seems to revel in playing it light, while also making what is seemingly a very personal film. She ends up being the perfect fit for Lane and Viard’s onscreen playfulness, along with displaying such a authentic affection for her surroundings that one would not be surprised if the locales visited are in fact favorite spots for the Coppola family.”

See the trailer below, along with a poster and synopsis, for the film that also stars Alec Baldwin and Arnad Viard.

Eleanor Coppola’s feature film directorial and screenwriting debut at the age of 81 stars Academy Award® nominee Diane Lane as a Hollywood producer’s wife who unexpectedly takes a trip through France, which reawakens her sense of self and her joie de vivre. Anne (Lane) is at a crossroads in her life. Long married to a successfully driven but inattentive movie producer (Alec Baldwin), she finds herself taking a car trip from Cannes to Paris with a business associate of her husband (Arnaud Viard). What should be a seven-hour drive turns into a journey of discovery involving fine food and wine, humor, wisdom, and picturesque sights. Paris Can Wait rolls into theaters on May 12th.