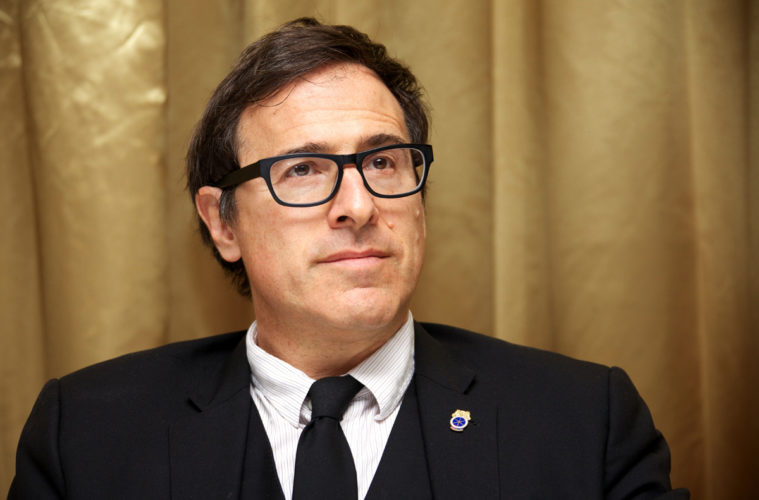 While David O. Russell is now focused on his next Jennifer Lawrence-led feature, arriving in late 2015, the producers behind his abandoned drama Nailed are still trying their hardest to make some return on their investment. Last year we got word that producer Kia Jam was intent on getting it into theaters, finishing his own cut without the director’s consent, and even going as far as receiving an MPAA rating for it. It now looks like that version will be seeing the light of day, but perhaps not in the United States.

Screen Daily reports that the project, starring Jessica Biel, James Marsden and Jake Gyllenhaal, is now titled Politics of Love and Arrow Films have picked it up for a U.K. release sometime next year. With a runtime of 99 minutes, Voltage Pictures will actually be screening it today at the American Film Market for potential buyers, so if someone outside of the U.K. finds interest, perhaps we will get a chance to see it. Nevertheless, the question remains to be seen if the final product is actually worth seeking out, particularly if its helmer has long since abandoned it. As we await release news, check out the first official synopsis below.

Formerly known as Nailed (David O. Russell), Politics Of Love tells the story of a small town waitress (Biel), who accidentally gets a nail lodged in her head as her boyfriend (Marsden) attempts his marriage proposal. Her predicament leads her on a journey to Washington DC, where she meets a dashing but clueless congressman (Gyllenhaal), who might be able to help her unusual case.

Will their blossoming romance survive the cut-throat politics of the Capital? With an all-star cast that also includes Catherine Keener, Tracy Morgan, James Brolin and Paul Reubens, Politics Of Love is the funny story of what happens when sparks fly and love interferes with what you stand for.

If we do see David O. Russell’s abandoned project next year, will you be looking forward to it?