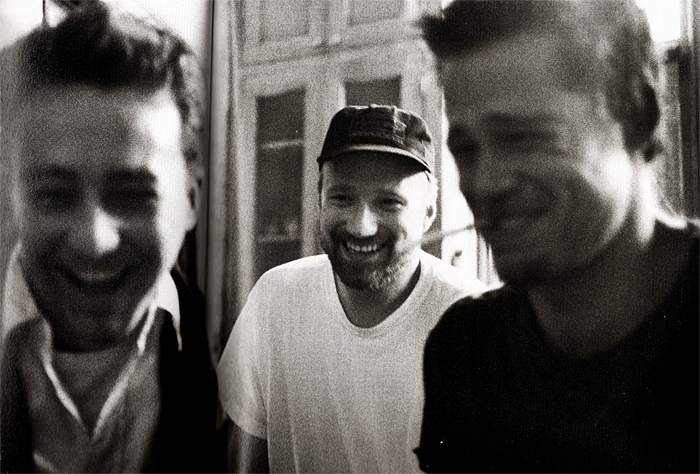 Listen to David Fincher and Chuck Palahniuk reflect on Fight Club in the full 50-minute Comic-Con panel, courtesy of Jeff Goldsmith, and make sure to subscribe to his podcast on iTunes, or by clicking the image below: When Kim’s Video & Music announced that this summer it would be closing its last store, on First Avenue in the East Village, written tributes ranged from the resigned to the exultant. “Kim’s was this portal into New York City I never came back from,” Eddie Huang, the restaurateur, author and television personality, wrote in a blog post. “Everything in my life, I can somehow attribute to finding Kim’s.”

At The Week, Monika Bartyzel on why Lucy is the shot in the arm the superhero genre needs:

Lucy is not your everyday action film. You will see a lot of chatter about it this week, as critics and viewers alike hash out whether Luc Besson’s latest is the smartest dumb movie or the dumbest smart movie in theaters. It’s an apt question for a film that cuts between Philosophy 101 and scenes of Scarlett Johansson kicking ass.

Listen to Peter Labuza interview David Kehr on the latest episode of The Cinephiliacs.

At Fandor, Shari Kizirian on the cinematic legacy of World War I:

War defines us. Its effects are sweeping and deeply personal, from the damage to individuals caught up in them to the diasporas begotten in their wake. Tales of war are told and retold, poems, memoirs, novels, plays, songs, paintings, sculptures, films, from The Iliad to Antony and Cleopatra, from the Arc de Triomphe to Maya Lin’s Wall, from Rambo to War Horse. We are immersed in its landscapes and operate within its metaphors, constantly fighting some battle or another. The Great War, which began one hundred years ago this month in Europe, toppled three empires and redrew nation-states with borders still contentious to this day. It cost the lives of almost an entire generation and left the Lost Generation of poets, writers, and artists to make sense of it. It put nations of women to work and offered a glimpse of what economic freedom could mean. Fought with new technologies (the tank, the telegraph, the automatic weapon, poison gas, the aeroplane), it occurred just as communication (the radio, the telephone, newspapers, books, films) made its giant leap into mass media. It also tipped the balance of moviemaking power, devastating the European film industry and leaving Hollywood the big victor.