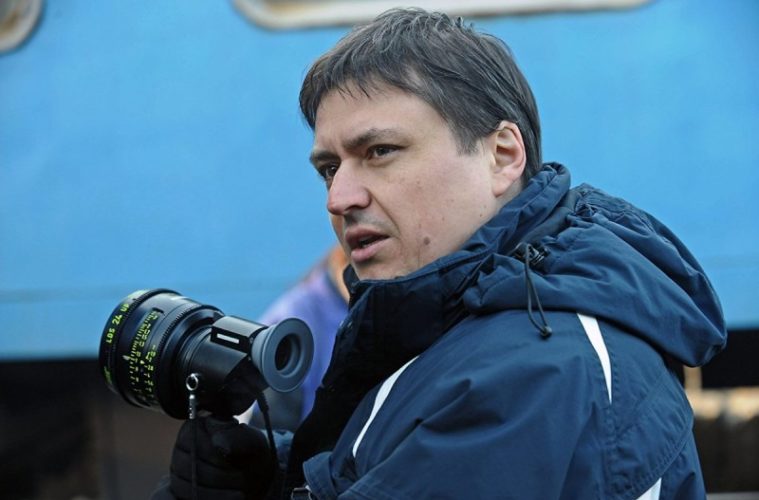 The defining moment of the Romanian New Wave came in 2007 when a 39-year-old filmmaker named Cristian Mungiu won the Palme d’Or in Cannes for 4 Months, 3 Weeks and 2 Days. It was only his second feature film.

Since then Mungiu has been on a streak at that French festival, winning best screenplay for Beyond The Hills in 2012 before splitting the best director prize with Olivier Assayas (competing with the Kristen Stewart starring Personal Shopper) for Graduation two years ago. He was at the Marrakech film festival earlier this month to give a master class and we sat down with him to talk about why festivals and awards still matter.

What do you look for in films now when you attend a festival?

Whenever I’m in a jury, you want to like the films. You look for some freshness and some honesty. In the sense that, if you are a filmmaker you are trained to see how somebody manipulates you and whenever I see the manipulation I think it’s not good enough. I like to see some finesse in the storytelling somehow and besides this I like watching the kind of films where people know what they’re talking about.

Tell me a small story about something that you know well, something that happened to you, A personal story about something that I don’t know much about. For example [points to the olive pickers behind us], I don’t have access to the life of these people who are working with the olives now. I would be interested to know what they have done before coming here. What will they do afterward? Whenever filmmakers try to be very general it is not really something interesting. But of course, when you are in a jury it’s complicated. You are with some other people and sometimes it’s easier to find things in common and sometimes not.

Has there been anything in Marrakech or elsewhere this year that has particularly stood out?

I’ve been to Cannes this year so I saw some films there. We screen in October most of the films that are in the official selection in Cannes. I’m not sure I can name full films but portions of films. Yes, I’ve seen a lot of interesting things and I think one of the most interesting films that I’ve seen is this new Gaspar Noé thing [Climax] and I like it precisely because it’s not round, it’s not smooth, it’s not well-crafted from the beginning, or maybe it is…

My feeling, what I like is that it’s raw. And it’s bad in a sense; you know the same way he always is. But at the same time there’s something coming from the gut. With his films and with this one and the way it’s shot and of course it’s horrible at the same time but he does it in a very natural and crafted way. You can see that he’s never bullshitting you. This is who he is; this is what he wants to tell you. It’s not a fairytale world. It’s the way it is. You know; hell on earth and he’s going to show it to you.

And the music and the choreography. I have to say that that’s an accomplishment in itself. The scenes at the beginning and all this dance that’s, you know, beautiful in itself.

You won the Palme d’Or in 2007 for 4 Months, 3 Weeks and 2 Days and were the first Romanian director to do so. What did that prize mean to you?

Of course it can really help you in your career. All of a sudden it’s a huge leap forward. It was just my second film and it was already a happy accident that they allowed me in competition. You know, for such a thing to happen you need to have a lot of things happening in the right time. First of all you have to have a good film and I started understanding that I was having a good film when I started showing it a little bit in late January, early February to some people in festivals but then you need a lot of other things. You need them to like the film and you need them to place the film in the right spot.

The film was not in competition from the beginning. The film started in Un Certain Regard–as most of the films start at the beginning. They won’t tell you at the time but they wait for the masters and it was an edition with a lot of masters, I have to say. It was the 60th anniversary and everybody was ready for Cannes. So somehow in the last minute, like the last 24 hours before announcing the decision they see what they have and they promote 3 or 4 films from Un Certain Regard into the competition. And then you need to have the right jury. Probably with a different jury it would have been a different Palme, who knows?

But it makes all the difference. It makes all the difference because the popularity; the notoriety of this award is so big that for a period this comes to you as well and you are like holding the holy thing for one year and moving from here to there… You know, things happened to me in that year miraculously because I was the Palme d’Or winner so I was like, “Whoah, this really has a strength this thing.”

And yes, I have to say that was the peak of this Romanian New Wave somehow but this has started before. But it shed a light on this generation of filmmakers who have very radical ideas about cinema and coming from a country where there were no spectators whatsoever and cinemas when we started. We just thought directly to the history of cinema. Let’s not do this kind of film for audiences today, you know it’s always the context and for us the context was like this: we work with very very little money but we had to become not only the writers, directors of the film but also the producers and after that I will just release my films and sell my films so it’s a way of doing everything because it’s coming from a very very small industry.

And it shed a lot of light on the Romanian cinema and some people call us the “Romanian New Wave” but honestly we didn’t have an earlier wave like this; never in history. The Romanian cinema was never considered to be like a school with some principles. We had a film here and there but we didn’t have this kind of status like the Polish cinema or the Hungarian cinema–just to refer to people from the region. So all of a sudden this small miracle happened–a lot, of course, I have to say because of Cannes because it is such an institution that they have this power of touching you and saying, “This is valuable.” Also because of the Palme d’Or, all of a sudden things are not relative anymore. It’s like: yes, you qualify; you are ok.

And I think this was a good thing for the whole generation of Romanian filmmakers but of course what’s difficult is to continue. For me, and for “us” as well because it lasts for a period and it really lasted and it’s still more or less valid today and it’s like 12 years later, 15 years later after it started so it set, I hope, the ground for people thinking more about what they do and about their kind of cinema.

Was there a sense of camaraderie between you and the other filmmakers that were recognized there? Cristi Puiu, Radu Muntean and so on…

Not with all of them, but of course we all know each other. We had our great, gracious moments of solidarity way behind and I am very good friends with some of them, even today, but you know how this relationship between artists, filmmakers, whatever, people, can be sometimes… you know some people are more difficult. The context is more difficult.

But we had a very good moment, I think it was 2006–when we stood up as a generation at a table like this and we said, “Look, we need to change the legislation in this country about cinema because the rules of the game aren’t fair and especially for us.” And then we behaved like a generation, a group of people sharing the same values and based on that change we made it so all the other generations of Romanian younger filmmakers are still making films today because it was a major breakthrough and from that moment on there was always some money for people to make their first one or two films and there were some rules because, you know, people used to say that making films everything is very subjective. Well, it is and it is not, especially after you’ve made one or two films it’s easier to say that I might bet on this guy, I might lose less money with this guy because he did these things then that guy, because he made only a lot of shitty things that nobody watched.

And that was the principle. There needs to be some priorities based on what you did. That’s all.

You’ve been doing a lot of work as a producer recently, including your first involvement with an American production with The Sisters Brothers. There seemed to be an enormous amount of companies involved with it, was it a difficult one to get made?

That’s a very special situation. In the sense that, I have created this production company a while ago but I’m not chasing work. I created it just for myself to produce my films. But it happened like this, in the last years I also created some festivals in Romania. I’m inviting a lot of guests and I had invited Jacques Audiard for this festival.

He doesn’t really travel too much and when he came to Romania he asked us to organize [location] scouting for him because we have the same coproducer in France. His producer in France is my co-producer so I knew him and somehow it was a special situation because he scouted in the States and he decided he didn’t want to work there. He wanted to make his “American film” in Europe and he decided to split this between Spain and Romania and this is finally how we got to build pretty much all the interiors of this film.

Are you also working on something new at the moment as well?

I’m producing a but more now. And last year we started doing something that wasn’t foreseen and expected. There is something called HBO Eastern Europe and they started a while ago, way before Amazon or Netflix and there is some local legislation that encourages the need to produce some local content. This is the idea. And after years and years of adapting foreign content they wanted last year to produce something original and they hired us to be like the executive producers of this TV series and also because I was having a small creative input on their work. I’m also producing some Romanian younger directors. I’m also producing the second season of this TV series and I will probably offer them a screenplay for another TV series based on one of my screenplays so this is what I’m doing.