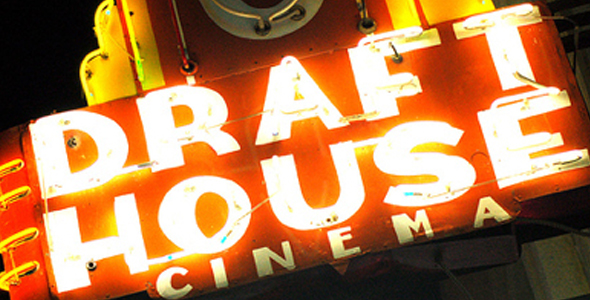 The acme of Austin movie theaters, the Alamo Drafthouse has become an iconic haven for movie lovers and nerds alike. The theater has recently served as host to South by Southwest, Fantastic Fest, and Harry Knowles’ Butt-Numb-A-Thon, and was recently dubbed the “Best Overall Theater Experience” by Fandango. And now /Film has announced it will be spreading all this film-going goodness to the coasts!

The franchise is expanding building new theaters in Los Angeles and New York City within the next year or so. Drafthouse already has a number of branches throughout Texas and Virginia, but Tim League, founder and CEO of Drafthouse, suggested to Cinematical he’s planning something bigger and better for the coast’s film Meccas, as he plans to tie them in with Drafthouse’s new venture: film distribution.

Drafthouse has built its reputation on unique and engaging film-going experiences, and personally I am amped to have this business model hit New York. While the city is full of theaters, few offer the kind of cinema atmosphere League is promising. Some upcoming events their site boasts include: Killer Clowns from Outer Space – accompanied with ice cream specials, Red Sonja with a full pancake breakfast, and Reno 911! Miami with special guest Deputy Garcia – Carlos Alazraqui, as well as a free outdoor screening of The Last Star Fighter as part of their Rolling Roadshow.

With a mix of revivals and its own releases, Drafthouse is likely to enliven the theater setting on both coasts.

Have you been to Alamo Drafthouse? Share your experience in comments!