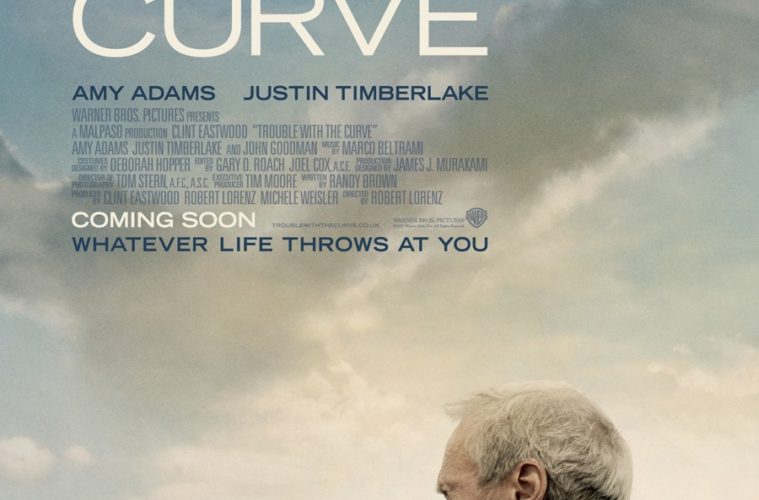 While the first trailer for Trouble With the Curve earlier this week gave us a major Gran Torino meets Moneyball vibe, the first theatrical poster definitely swings towards the latter. We have our lead, Clint Eastwood, looking onward to the baseball field from the sideline a la Brad Pitt. The drama features Eastwood back on screen, but not behind the camera. That credit goes to Robert Lorenz, who directs the story of  a baseball scout (Eastwood) tasked with looking at a hot young prospect. His daughter (Amy Adams) comes along for the trip, but it’s only when she meets a scouting rival (Justin Timberlake) that conflicts and various emotions arise. Check out the poster below and the trailer if you missed it. With John Goodman, Robert Patrick, and Matthew Lillard also starring, Trouble With the Curve will open on September 21st.

Judging by this first trailer, is it safe to say Curve is worthy of the Eastwood legacy?