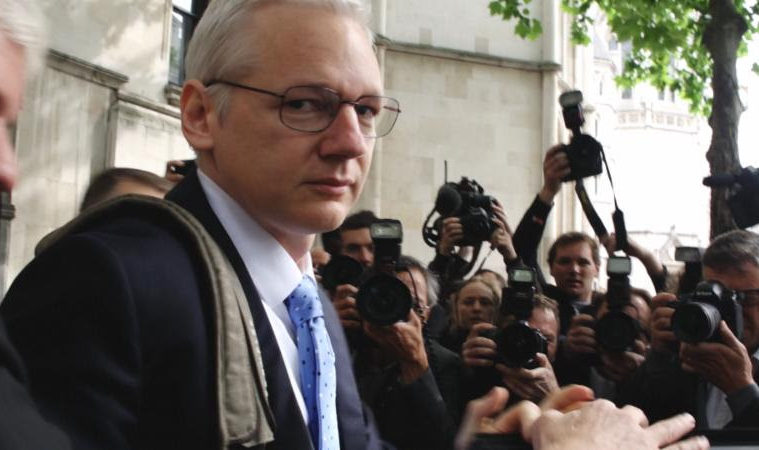 After providing an intimate look at Edward Snowden in her Oscar-winning documentary Citizenfour, director Laura Poitras is back, capturing another controversial figure with Risk. The Julian Assange documentary, which premiered last year at Cannes Film Festival, has undergone more filming due to the ever-changing political landscape — notably the 2016 election — and now has been picked up by Showtime and Neon for a a release this summer.

We saw the earlier version of Risk at Cannes last year, saying in our review, “While it is fun to watch him disguise himself with hair-dye, tinted contact lenses, fake earrings, and a biker get-up to sneak into the Ecuadorian embassy in London after his last appeal is rejected, Poitras takes very little advantage of her direct access to Assange to offer up any other information that isn’t already common knowledge.”

Filmed over six years including through the 2016 presidential election and up to the present moment, RISK takes viewers closer than they have ever been before to Julian Assange and those who surround him. With unprecedented access, Poitras give us the WikiLeaks story from the inside, allowing viewers to understand our current era of massive leaks, headline-grabbing news, and the revolutionary impact of the internet on global politics. RISK is a portrait of power, principles, betrayal, and sacrifice when the stakes could not be any higher. It is a first-person geopolitical thriller told from the perspective of a filmmaker immersed in the worlds of state surveillance and the cypherpunk movement.

Risk will be released this summer in theaters and on Showtime.