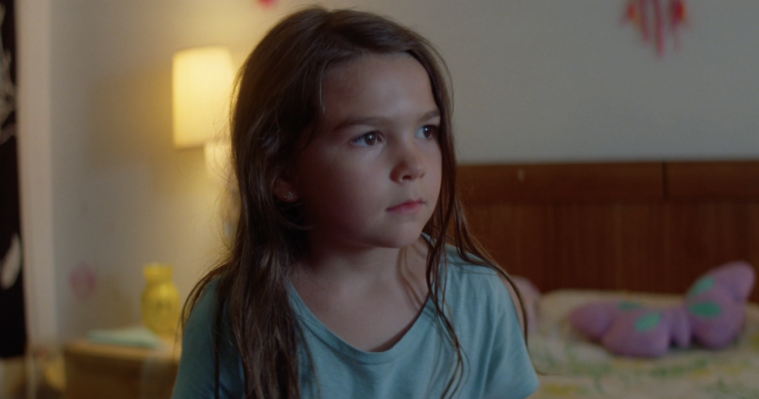 The year in film cannot be pondered without first mentioning something that may or may fall under the classification of “cinema.” (I’m on team Sight & Sound with this one.) Twin Peaks: The Return stunned, intrigued, cajoled, and rattled in deep and profound ways. Nothing else released in 2017 compared to it, really. However, like Twin Peaks, all of the films included on my list of the year’s best made a troubling world seem a bit more tolerable.

Note: The only major film I was unable to see in 2017 was Paul Thomas Anderson’s Phantom Thread. I recall the same happened with Inherent Vice in 2014. Vice would’ve rocketed to the top three on that year’s best list… and I wonder if I’ll have the same feeling after seeing Phantom.

Columbus might be the quietest drama of 2017. It’s also one of the best. This breathtakingly intimate, contemplative film is anchored by two stunning performances from John Cho and Haley Lu Richardson, and beautifully directed and written by newcomer kogonada. Much of the film involves sitting, chatting quietly, and thinking. These scenes are handled with such care and performed with such astonishing intimacy that they feel genuinely thrilling. There’s a sense of being present in “real world” conversations, not dialogue crafted to move the plot forward. kogonada has created a drama that will hold great appeal to architecture buffs, those interested in the presentation of Asian Americans onscreen, and, well, anyone who can appreciate an involving character study of two young people waiting for the rest of their lives to begin.

With Wonderstruck, Todd Haynes has created a bold, tremendously original film that I expect will be adored for years to come. It transports the viewer to places that are long, long gone: Manhattan in the 1920s, the down-and-dirty Big Apple of the 1970s. And it tells two stories — separated by several decades — that are as affecting as any in recent cinema. The gentle, heartbreakingly exquisite Wonderstruck may at first seem something of a departure for Haynes. However, he has always been a successful chronicler of the outsider. His adaptation of Brian Selznick’s 2011 book is a gloriously involving tale, one infused with imagination and mystery. And the performances from its three young leads — Millicent Simmonds as Rose, Oakes Fegley as Ben, and Jaden Michael as Jamie — are enchanting.

How apropos that early in The Last Jedi, we watch a bitter, aged Luke Skywalker toss his old lightsaber over his shoulder. It’s a joke, but a telling one — and a bold one, at that. Rian Johnson’s brilliant deconstruction of Star Wars and the importance of the Skywalker clan was the most entertaining film of 2017, and one that grows even stronger on repeat viewings. This is Rey’s story now, and what’s particularly exciting is the sense that the future of the saga is a question mark. Johnson has given the Star Wars writers and directors of tomorrow an opportunity to go someplace new. At the same time, he hit the required beats and feels (and Porgs). If I had fantasized about a new Star Wars film in the 80s or early 90s, The Last Jedi is what I would’ve imagined.

Jordan Peele’s Get Out is a horror film, of course, and a psychologically overwhelming one. But it’s also a searing drama that is unsettling, disturbing, even awe-inducing. Peele’s twisty script was a marvel of tension and surprising reveals, but it’s his direction that makes the film such an entertaining experience. Watching Get Out in a packed theater was an essential 2017 moment. And Get Out might be 2017’s most essential statement. It is a rarity for a blockbuster to hit such profound heights.

There are several sequences in Olivier Assayas’s Personal Shopper in which no words are spoken, and the only sounds are the tapping of text messages. Thanks to Assayas’s direction and script, and the stunning performance of Kristen Stewart, these scenes are thrilling, nerve-wracking, and unexpectedly suspenseful. Re-teaming after Clouds of Sils Maria, this director and star hit new cinematic heights. Personal Shopper is a ghost story, yes, but so much more. In fact, it is bold, hugely original modern classic with a final scene that is unforgettable. The film does not supply answers, but why should it? Personal Shopper is all about the questions, and its sense of yearning is astonishing.

Whether you saw Dee Rees’s Mudbound at Sundance, at the Toronto International Film Festival, or in your home after its November 17 Netflix debut, the response was likely the same: emotional devastation. The story of two families and two World War II veterans in Mississippi is an American epic, one made with unflinching honesty. Mary J. Blige and Carey Mulligan shine here, but the two most startling performances come from Jason Mitchell and Garrett Hedlund. Their portrayals of GIs dealing PTSD and racism are astounding. It all culminates in a final stretch that begins like a nightmare, but ends with a feeling of real joy. Bravo to the immensely talented Rees for crafting an extraordinary, shattering film.

4. Call Me by Your Name (Luca Guadagnino)

Luca Guadagnino’s Call Me by Your Name might not be the most memorable love story of the year — see the film in my No. 1 slot — but it’s the most deliriously sensual and uniquely joy-filled. Guadagnino has long been adept at establishing a unique setting, and he does so here just as effectively as author André Aciman did in his novel. The picturesque, sun-soaked Italian location feels eminently livable, and the characters believable. In fact, it’s the relationships that truly engage — between Elio (Timothée Chalamet) and Oliver (Armie Hammer), Elio and his father (Michael Stuhlbarg), and even between Elio’s father and mother (Amira Casar). It’s the rare film in which a sequel is not just desirable, but downright necessary. Let’s swim with these characters again. And maybe again after that.

How exactly did Sean Baker do it? How did the director of Tangerine make this story of a mother and daughter living at a rundown motel outside of Walt Disney World in Orlando so joyous, sad, and utterly insightful? Young star Brooklynn Prince is essential to its success; she gives one of the most natural performances I’ve seen from a child. And the great Willem Dafoe, of course, has never been better — or sweeter. But Baker deserves the highest praise. He has constructed a film about children and parents that is truly insightful. Does Moonee deserve better? Without question. But Baker shows that even in situations as messy as the those depicted in The Florida Project, there can be deep love. And that counts for something.

Lady Bird is one of the year’s great joys. Greta Gerwig’s debut as a solo writer-director is so wise, so funny, and so remarkably assured that it seems to have flown in out of nowhere. Where did this nearly perfect coming-of-age comedy and emotionally affecting study of youth, social status, and financial malaise come from? There have been several very strong female-led stories of adolescence in recent years — The Edge of Seventeen and The Diary of a Teenage Girl among them. Those films were quite good, but neither quite nailed the tragi-comic tone of The Graduate, or even Rushmore. Lady Bird does, and then some. It’s a celebration of the types of modest successes that define many of our lives. Gerwig understands what it means to struggle economically and academically in America, and how it is to be the private school kid who lives on the wrong side of the tracks. As the film nears its end, Gerwig captures, with ferocious insight, the fear and freedom that come from leaving home. But she also captures the emotional ferocity of a parent watching this unfold. Quite simply, Lady Bird is a film to fall in love with.

Guillermo del Toro’s The Shape of Water is the elegant love story he was born to make. Obviously, it is his best film since Pan’s Labyrinth, but one can go further; Shape is his finest effort to date. Consider the swoon-worthy look of it all, from the design of the amphibious creature to the sight of a grinning Sally Hawkins on her nightly bus journey. Consider, too, the performances of Hawkins, Doug Jones, Richard Jenkins, Octavia Spencer, Michael Shannon, and Michael Stuhlbarg. On paper, the plot — mute custodian falls for the aforementioned imprisoned creature during the Cold War — sounds stale, and B-movie-ish. In del Toro’s hands, it is magical. Moment to moment, scene for scene, The Shape of Water is a glorious creation. Here is a film that reminds us why we so adore cinema in the first place. In all respects, it is a remarkable achievement.