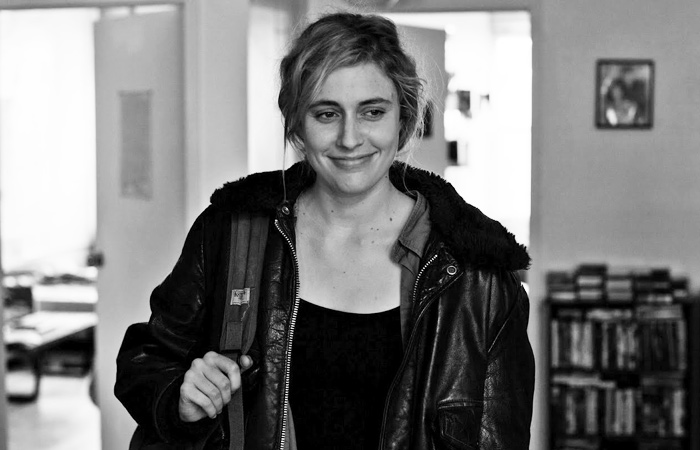 Closing out our year-end coverage is individual top ten lists from a variety of The Film Stage contributors, leading up to a cumulative best-of rundown. Make sure to follow all of our coverage here and first up is writer Christopher Schobert with his favorite films of the year.

This was a rare year in which I could have easily found 15 or so other films to include in my top 10 list, and I’m not sure when that last occurred. In other words, 2013 was stellar, even if some biggies flopped hard, especially during the summer months. This year, even films I would consider modest disappointments — Gatsby, Star Trek: Into Darkness, Dallas Buyers Club — had wonderful moments.

The year was so strong that achievements like Short Term 12, Lore, Before Midnight, Reality, Room 237, Stranger by the Lake, Mud, Upstream Color, The Bling Ring, Spring Breakers, Much Ado About Nothing, Gravity, Fruitvale Station, and The Great Beauty found themselves eclipsed. One note: I have yet to see a few majors, including Her, Inside Llewyn Davis, and Nebraska, so put a big asterisk next to my name, sadly. And check with me in a few days, because the order may have changed completely, another sign of a joyous year of cinema. In the meantime, see my honorable mentions and top 10 films below.

10. The Place Beyond the Pines (Derek Cianfrance)

Here is an epic American crime drama, one that takes a narrow-eyed look at class, and how the circumstances of our birth dictate the rest of our lives. It’s boldly told, ambitiously plotted, and often verges on collapse. But Derek Cianfrance and his cast keep it together. Ryan Gosling has never been better as a motorcycle daredevil turned bank robber, Bradley Cooper is nicely flawed as the beat cop who finds himself on Gosling’s tale, and Eva Mendes gives her best performance as the woman who gave birth to Gosling’s child, but knows he’s on the road to nowhere. Few films this year matched this one’s verve and ambition.

Woody Allen‘s finest drama since Crimes and Misdemeanors was a dark, unsettling character study centered around one of the finest performances the director has ever brought to the screen. Months later, it is easy to forget how frantically unhinged Cate Blanchett‘s woman-on-the-verge of a lead actually is; rewatching at home may, if anything, make Blanchett, and the film itself, even stronger.

The plot is, in some ways, simple: Teenager Adèle (Adèle Exarchopoulos) meets Emma (Léa Seydoux), a college art student, and the two fall in love. During the course of the three-hour film, we see the highs and lows of their passionate relationship. But the film is much more complex, much more involving, much more vivid than that. It is, I think, one of the finest films ever made about young love. Yes, the film features several graphic, extended sex sequences. But they are only a small part of director Abdellatif Kechiche’s creation. The emotion is what stands out, and that is what makes those scenes memorable, not how graphic they are. “I have infinite tenderness for you. I always will,” says Emma late in the film. The viewer feels that tenderness — and shares it. What a great love story this is, and what a glorious portrayal of two unique people.

Claire Denis continues to demonstrate why she is one if the world’s most provocative and important filmmakers with this razor-sharp, chilling bit of film noir. Dark, disturbing, and unforgettable, Denis’ film is a brutal shocker. There are images — blood running down a dazed, naked girl’s legs; the inside of a hellish barn; one of the most mesmerizing night driving sequences in film history — as brilliantly composed as any in recent memory.

Jia Zhangke’s four-story tapestry is a harsh, epic exploration of modern China, and a study of defeated characters that rewards close viewing. In each story, violence comes quickly, sometimes coupled with absurdity: a villager strikes back against the oppressive powers-that-be, a killer takes aim due mainly to boredom, a sauna worker is pushed past her breaking point, and a young person shuffles from job to job with disastrous results. What does it all mean? For Zhangke, that is the ultimate, likely unanswerable question.

There’s a sequence about thirty minutes into Noah Baumbach’s Frances Ha that captures a feeling of real joy. Frances, played by Greta Gerwig, runs down the street, twirling, leaping, and smiling, in a Carax-appropriating scene set to David Bowie’s “Modern Love.” The sequence seems, well, perfect, and in some ways, so is Frances Ha. It’s a simple, funny, moving story that captures the experience of drifting through your twenties, growing apart from friends, and discovering who you are as well as any film I’ve ever seen. A perfect film? It sure feels that way.

David O. Russell’s latest success has been brushed off as “Scorsese-lite” in some circles, but that’s a silly, baseless criticism. In fact, American Hustle feels as wonderfully free-form as Soderbergh or Altman, a character study more interested in mise-en-scene and dramatic fakery than plot. Christian Bale, Amy Adams, Bradley Cooper, and, especially, Jennifer Lawrence have never had such meaty parts, and all have never been stronger. It’s a glorious high, and one can imagine Russell smirking on the sidelines, as exhilarated as we are.

Sarah Polley’s Stories We Tell, the actor-director’s documentary exploration of her family and lineage, is one of the finest works about family and memory in recent years. Yet it’s a difficult film to discuss, as every detail seems like a spoiler. I noticed, in the time between the film’s TIFF 2012 premiere and my seeing it, that almost every review or piece about the film referenced “spoilers” or included a “spoiler alert.” I found that rather obnoxious, but now I see why that was so important. There are unforgettable moments throughout, including one that left me confused, breathless, and exhilarated, and that is the feeling that has lingered for me. Even discussing what Polley is actually up to here as a storyteller feels like a reveal, and that makes for an incredible cinematic experience.

As the end credits rolled during TIFF’s first press and industry screening of Steve McQueen’s 12 Years a Slave, a peculiar thing occurred: very few people moved. Some quickly sprinted down the stairs, hurrying for their next screening, but many, like yours truly, just sat and stared, feeling emotionally overwhelmed by the experience. The film is that kind of success, a stunningly realized achievement that sees McQueen bring America’s most shameful period to the screen with a fury and authenticity the likes of which audiences have never seen. It’s rare to say a movie has no false notes, but such is the case with 12 Years a Slave, a film that, days later, may still leave viewers shaking.

The debate over Martin Scorsese’s masterpiece already feels tired. No, The Wolf of Wall Street does not glamorize the antics of Jordan Belfort. But it does revel in them, just like the bloodsuckers who loved him. Leonardo DiCaprio gives his best performance as one of cinema’s great irredeemable assholes, a Quaalude-popping destroyer who, in some ways, feels like the ultimate American businessman. When Wolf finally comes to a close, at nearly the three-hour-marker, this feeling crystallizes. We watch a post-prison Belfort work his magic to a new group of wannabes, and as Scorsese’s camera lingers on their wide-eyed expressions, realize why this film, the director’s later-period classic, is so important: because it captures the allure of money and power in a manner that feels fresh, vital, and now. Everyone involved — Scorsese, DiCaprio, Jonah Hill, Thelma Schoonmaker — are at the top of their game. And the result is a film that will feel as relevant in 20 years as Goodfellas does today. What filmgoer could have hoped for more?