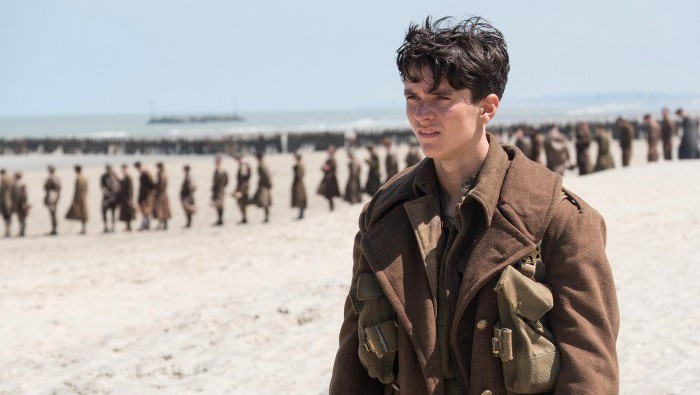 Christopher Nolan Inspired by Robert Bresson and Silent Films for ‘Dunkirk,’ Which Has “Little Dialogue”

We’re less than half-a-year away from Christopher Nolan‘s Dunkirk, one of our most-anticipated summer studio films (alongside Edgar Wright’s Baby Driver, of course), and one of our biggest questions is how (or if) his approach to a period epic will feel different than his recent features. Inspired by Operation Dynamo, a miracle of a mission in 1940 where nearly 340,000 Allied troops were rescued after being trapped by the Nazis in this northern area of France, more details have now arrived.

“I spent a lot of time reviewing the silent films for crowd scenes –the way extras move, evolve, how the space is staged and how the cameras capture it, the views used,” Nolan tells Premiere Magazine. The director revealed that he brushed up on silent films such as Intolerance, Sunrise: A Song of Two Humans, and Greed, as well as the films of Robert Bresson (notably Pickpocket and A Man Escaped, to dissect the process of creating suspense through details), Wages of Fear, and, of course, Saving Private Ryan. When asked about the Henri-Georges Clouzot masterpiece, Nolan said the following:

Yes, The Wages of Fear. Most of the crew didn’t understand why I was screening them this movie. But it was the one that made the most sense. Pure suspense. Which talks about mechanics, procedure and physical difficulties. Look at the scene where the truck has to go back on the platform and the wheels doesn’t respond anymore … That’s what I had to look for Dunkirk! I wanted to show how you bring a truck on the jetty, what happens when the tires don’t pass, when the wheels no longer respond. Pure physics.

Taking more than just visual inspiration from those silent films and French classics, editor Lee Smith says, “The editing was more complicated because there is little dialogue.” Nolan added, “The empathy for the characters has nothing to do with their story. I did not want to go through the dialogue to tell the story of my characters. The problem is not who they are, who they claim to be, or where they come from. The only question I was interested in was: Will they get out of it? Will they be killed by the next bomb while trying to join the mole? Or will they be crushed by a boat crossing?”

While the visuals of Nolan’s films have always stood out, if there’s anything critics may lambast him for are his scripts, so it’ll be quite fascinating to see him work on a different spectrum here. As for the actual story, it will be split across three separate stories: on the beach with the infantry (including Fionn Whitehead and Harry Styles), the navy (featuring Cillian Murphy and Mark Rylance, showing how civilians came to the rescue) and then in the air (as we could see in the trailer with Tom Hardy engaging in plane combat).

“For the soldiers embarked in the conflict, the events took place on different temporalities,” the director says. “On land, some stayed one week stuck on the beach. On the water, the events lasted a maximum day; And if you were flying to Dunkirk, the British spitfires would carry an hour of fuel. To mingle these different versions of history, one had to mix the temporal strata. Hence the complicated structure; even if the story, once again, is very simple.” Lastly, Nolan says, “Do not repeat it to the studio: it will be my most experimental film. From far away. But I hope to be subtle in this.”

See the trailers (and more) for inspirations Nolan mentioned, as well as the Premiere cover. [via The Playlist/Nolan Fans]