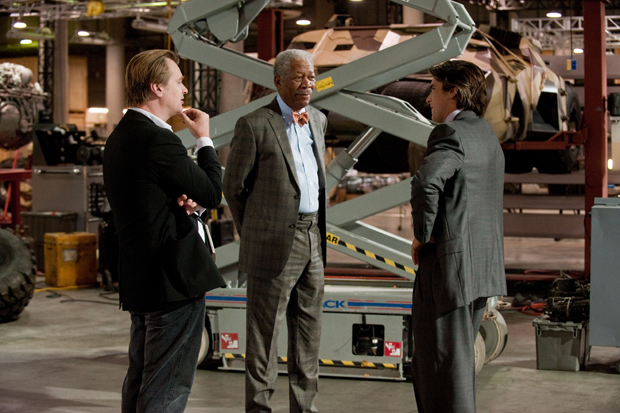 Christopher Nolan and Christian Bale Could Return For ‘Justice League,’ Which May Be Directed By Zack Snyder The last news we heard on the DC superhero team-up Justice League wasn’t a promising one, as the latest script from Gangster Squad‘s Will Beall was supposedly being scrapped as Warner Bros. was looking to head into a new direction. But let this be a lesson that things can change on a dime, as we’ve got some new rumors that indicate this potential franchise is in a healthy position.

Following the success of Christopher Nolan‘s Batman reboot, Warner Bros is reportedly waiting to announce anything official, as to not take away the spotlight from their upcoming Superman film Man of Steel, but El Mayimbe over at Latino Review has gotten the scoop. This is just the beginning, but the studio reportedly has selected Nolan to oversee everything DC-related (despite his repeated claims that he is done with this universe), not unlike Joss Whedon and anything that has to do with The Avengers over at Disney/Marvel.

This reportedly includes Nolan bringing back his Batman star, Christian Bale, for Justice League. While this deal isn’t done yet, Nolan is said to be developing the film to have Bale and Man of Steel‘s Henry Cavill together, among others. It won’t be the only Man of Steel connection however, because yet another piece of the rumor includes director Zack Snyder coming back to helm Justice League.

At first glance, this scoop seems to wild to be true, but if the studio truly does like Man of Steel, and we obviously know how well Nolan’s Batman films did, then they also want their best talent working on a film that’s much more epic in scale then the aforementioned solo superhero ones. It certainly makes all the above plausible, so we’ll have to wait and see how it shakes out. In the meantime, check out El Mayimbe’s video below, which includes a few more details.

Do you think the above rumors could come true?