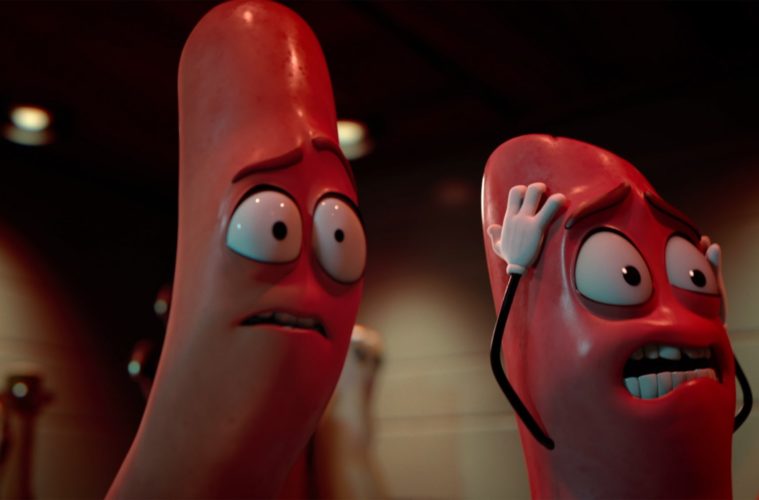 While we’ll have a hard time believing Seth Rogen and company will deliver a funnier film this year than Neighbors 2, they’ll get another chance this summer with their R-rated feature-length animation Sausage Party. Following a sausage and its quest to discover the truth about his existence, a new trailer (of the green band variety) has arrived today.

“It actually came from me and Jonah [Hill] and my wife having dinner together,” Rogen tells Business Insider, regarding the idea of the film. “We started talking about what it would be like if we made a Pixar-style movie about food and how f—ed up that would be and how potentially hilarious it would be. And that was almost 10 years ago, and we’ve been tirelessly trying to make it ever since then.”

He also talked about changes after the SXSW work-in-progress screening, saying, “We did do some tweaks. But we really listened to the laughs. There were some jokes that for sure overstayed their welcome, and there were some themes that weren’t landing as well as we were hoping they would. It’s a movie we haven’t been able to screen a lot because of the animation process, so we kind of treated it like a test screening. We changed the ending a little bit. It was actually incredible for us.”