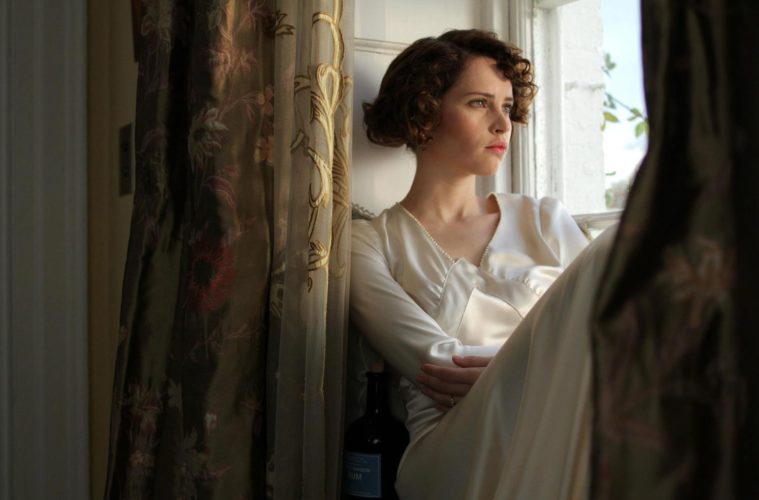 One of the more pleasant, breezy times I had at a theater this year was during the Tribeca Film Festival for Cheerful Weather For The Wedding, a new UK drama from Donald Rice. Featuring Like Crazy‘s Felicity Jones and Attack the Block‘s Luke Treadaway, the film follows the couple during a lush summer of love, flashing between the present day, where the former is getting married.

In my review, I called it “a tightly wound look at hopeless love that makes for a perfectly pleasant Sunday afternoon watch in any kind of forecast.” While IFC Films has picked it up with no date set, Australia gets it this month so we’ve got the first trailer and poster. Check them out below, as well as a few stills and the rest at FilmoFilia. On a crisp March morning in 1932, bride-to-be Dolly (Felicity Jones) is hiding in her bedroom daydreaming of the whimsical summer before, helped along by an ample jug of rum. Long-lost cousins and quirky aunts are arriving to the house every hour, and the downstairs living rooms are buzzing with speculation about the bride’s whereabouts. Exasperated by her daughter’s absence, Dolly’s scatter-brained mother Hetty (Elizabeth McGovern), is at her wit’s end, scurrying around the house trying to quell the relatives’ suspicions. Hetty has perfected all of the day’s arrangements, but her plans can’t prepare everyone for the arrival of Dolly’s unpredictable former lover, Joseph (Luke Treadaway).

Cheerful Weather For The Wedding has been picked up by IFC Films for a likely 2013 release.