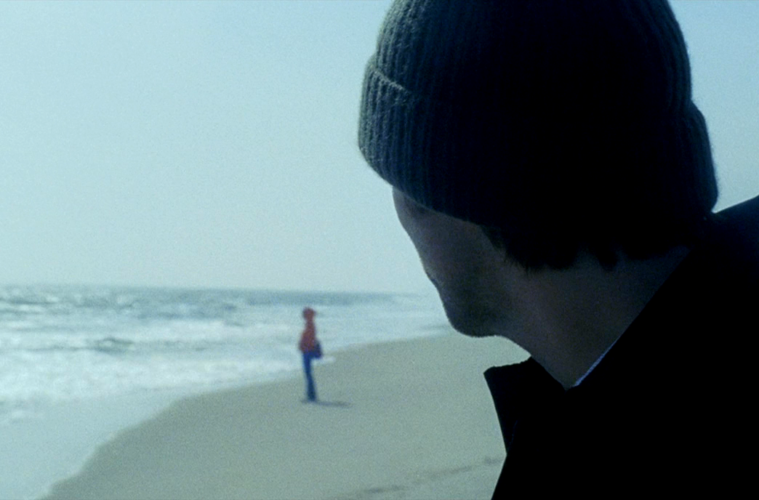 Watch Yorgos Lanthimos and Ariane Labed discuss the making of The Lobster:

What is it be human? What is it to ache? What is it to be alive?” asks customer service expert Michael Stone in Charlie Kaufman and Duke Johnson’s stop-motion masterpiece Anomalisa. These are the same questions that the late Belgium filmmaker Chantal Akerman posed over 30 years ago in her black-and-white debut feature Je, Tu, Il, Elle.

Watch a video homage to the panorama of malaise, despair and humanity in the films of Charlie Kaufman:

88:88 director Isiah Medina delivers a statement to Mubi ahead of the premiere of his excellent film on the platform:

The title comes from not being able to pay your bills, and when your electricity, water, heat, etc, gets cut. Later when you are able to pay again, the digital clocks in your home flash 88:88, –:–, – . There is no given, and even if when in poverty you can say “I have nothing,” to be completely clear, this nothing is itself not given. So poor, even nothing itself is not given. So we need a new name of nothing. Our own name, to be able to begin. And that name for us was 88:88.

Michael Showalter’s Hello, My Name Is Doris (out Friday in limited release) is a charming, funny, sweet, little movie – and, consciously or not, one of the more commercially savvy independent pictures of the season. Oh, it may not look that way; on its face, Doris is a quirky little comedy from one of the minds behind Wet Hot American Summer. Yet because of who it’s about (a sparkly, likable near-senior citizen, played by Sally Field) and how it’s about it (a hip, indie New York comedy), it feels like Showalter’s put together a perfectly aligned Venn diagram for sleeper success. And the reason is simple: Doris is a movie that appeals to older moviegoers, and they’ve quietly become the most reliable audience out there for independent film.

Watch a video essay on the colors in Daises:

Luc Sante discusses Jacques Rivette’s debut Paris Belongs to Us, now on Criterion, plus watch a video on Rivette’s influence:

Paris Belongs to Us, Jacques Rivette’s first feature, was written in 1957 and shot from July to November 1958. Had it been released in a timely fashion, it would have been one of the very first films of the French New Wave, appearing after Claude Chabrol’s Le beau Serge (1958) but around the same time as Chabrol’s Les cousins and François Truffaut’s The 400 Blows (both 1959), and might have helped determine the direction of that phenomenon. Instead, lack of funds delayed postproduction work for six months, and then two years elapsed in the search for a distributor. When it finally premiered, on December 13, 1961, the landscape of French cinema looked very different from the time of the film’s making, having been radically reconfigured by The 400 Blows as well as Truffaut’s subsequent Shoot the Piano Player and Jean-Luc Godard’s Breathless (both 1960). In that new context of jump cuts and vérité-style intrusions, the elaborately choreographed Paris Belongs to Us suddenly looked rather old-fashioned, and if it did not quite pass unnoticed, its reception was still somewhat muted.