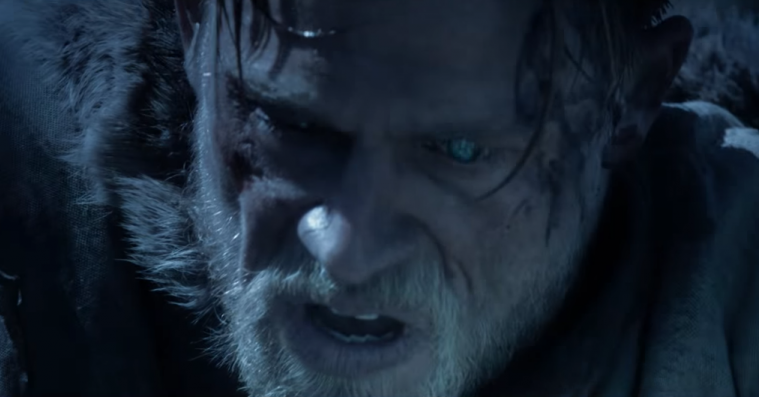 Charlie Hunnam Fulfills His Prophecy in New Trailer for ‘King Arthur: Legend of the Sword’

Despite facing delay-after-delay (a normally telling sign the studio doesn’t quite know what to do with a project), there’s a few factors that still have us anticipating King Arthur: Legend of the Sword. Guy Ritchie brings more style than the standard directed-by-committee filmmaking that usually plagued tentpoles. Then there’s Charlie Hunnam, coming off of his most impressive role yet in James Gray’s The Lost of City of Z, as well The Young Pope himself, Jude Law.

Ahead of a release in mid-May, Warner Bros. has now revealed a new official trailer, which uses Led Zeppelin’s “Babe I’m Gonna Leave You” as a backing track for the action. Ritchie clearly looks like he’s having  bombastic fun here, so hopefully the film carries through with that tone. Also starring Astrid Bergès-Frisbey, Djimon Hounsou, Aidan Gillen, and Eric Bana, check out the new trailer below.

When the child Arthur’s father is murdered, Vortigern (Jude Law), Arthur’s uncle, seizes the crown. Robbed of his birthright and with no idea who he truly is, Arthur comes up the hard way in the back alleys of the city. But once he pulls the sword from the stone, his life is turned upside down and he is forced to acknowledge his true legacy… whether he likes it or not.

King Arthur: Legend of the Sword opens on May 12.