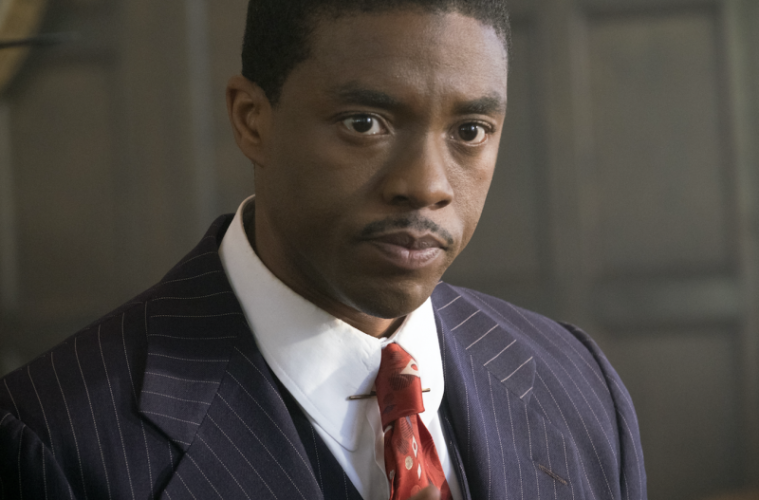 Chadwick Boseman Fights for Freedom in First Trailer for ‘Marshall’

While Chadwick Boseman will be most seen as a superhero on the big screen, he’s no stranger to playing real-life icons. After Jackie Robinson and James Brown, he’s portrayed Thurgood Marshall for a new historical drama this fall, aptly titled Marshall, and now the first trailer has arrived.

Directed by Reginald Hudlin (The Ladies Man, House Party) in his first film in 15 years, the story tells the early days of the man who would go on to sit on the Supreme Court, as he got experience with criminal law. Set for a mid-October release, this one seems primed to debut at TIFF, so check back for our take in a few months.

Long before he sat on the United States Supreme Court or claimed victory in Brown v. Board of Education, Thurgood Marshall (Chadwick Boseman) was a young rabble-rousing attorney for the NAACP. The new motion picture, MARSHALL, is the true story of his greatest challenge in those early days – a fight he fought alongside attorney Sam Friedman (Josh Gad), a young lawyer with no experience in criminal law:  the case of black chauffeur Joseph Spell (Sterling K. Brown), accused by his white employer, Eleanor Strubing (Kate Hudson), of sexual assault and attempted murder.