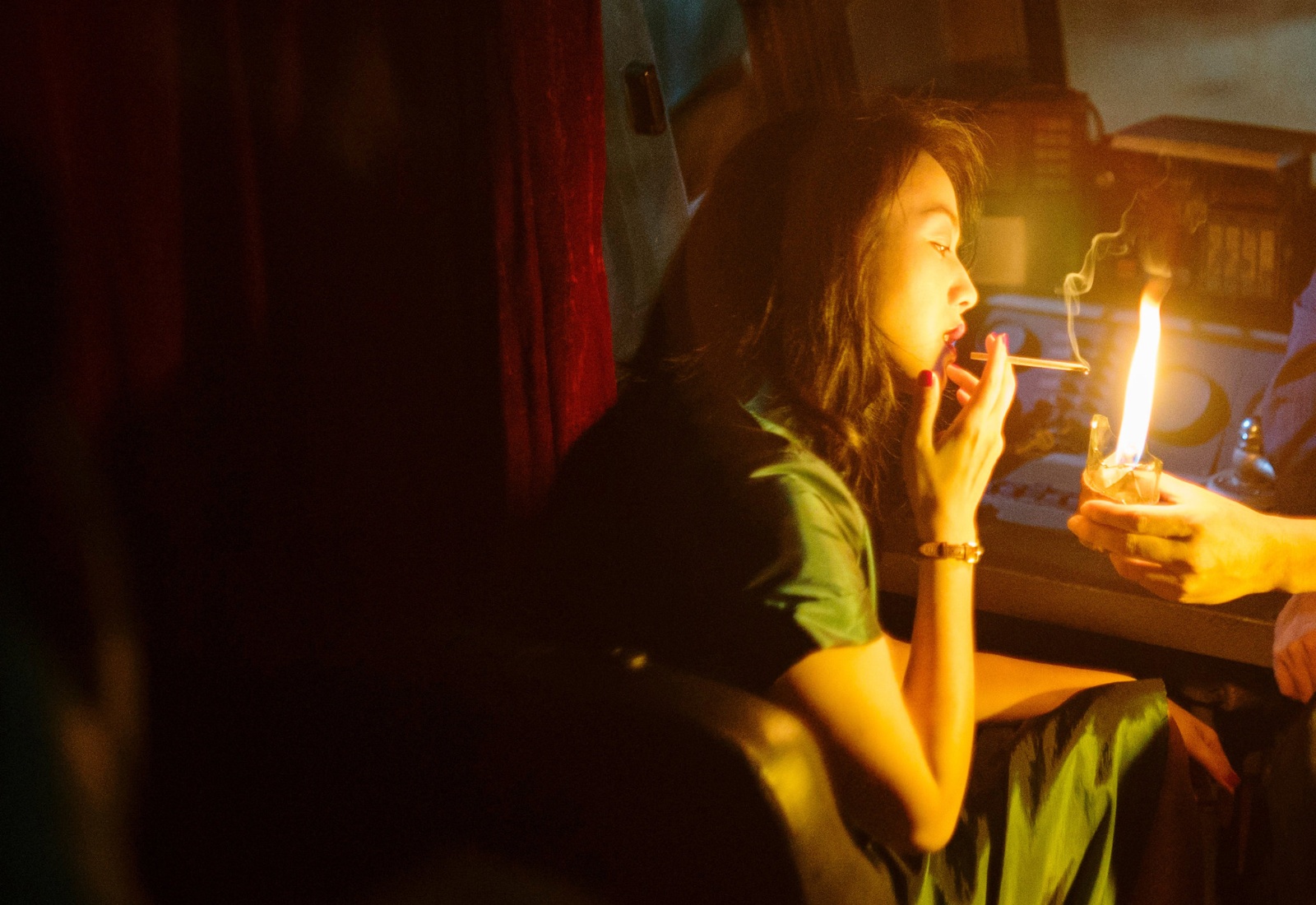 As everyone offers up their streaming picks (including yours truly), it may be hard to truly define what’s worth seeing. Well, leave it to Cate Blanchett to recommend one of the very best films of the last decade from one of the world’s most promising directors. Bi Gan’s transportive, dreamlike odyssey Long Day’s Journey Into Night debuted at Cannes Film Festival in 2018 (when Blanchett was competition jury president, though it premiered in Un Certain Regard), then opened in theaters in the spring of last year, and now Blanchett has named it her favorite comfort movie, period.

“My son is a cinephile, so he has great taste. We watched my comfort movie actually, the other night, which he actually put me on to. It’s Bi Gan’s film Long Day’s Journey Into Night,” she reveals to Josh Horowitz in the latest Happy Sad Confused podcast episode. “For me, I’m a huge Tarkovsky fan and an enormous fan of Chantal Akerman and Wong Kar-wai and it’s like he ingested all of those filmmaking reference points and then regurgitated up something of exquisite, painful beauty. [It’s] so complex, layered, and engrossing. It’s about love and memory and time, which I think we’re all thinking about at the moment, and place, which we’re all thinking about at the moment. But it’s strangely meditative and obviously dreamlike and profoundly relaxing. It’s one of those films that even though it’s relatively recent–because I was thinking, should I say Stalker, but no, no–it’s this film because it contains all of those things, I think.”

The high praise doesn’t stop there, either. The Academy Award-winning actress goes on to say, “It such a synthesis for my love of theater, being present in those long, slow takes often. It deals with prismatic meaning. Certain times, film can be such a literal medium, but when you encounter a film like this, you realize it doesn’t have to exist on that ellipse. You are saying that you watched it, but I actually allow it to wash over me. I think we’re so obsessed in the world in which we live where everything has to make sense and we grasp hold of a narrative and [this film] takes away all of those security footholds. It really slows your blood.”

If you have yet to see it, or are looking to rewatch, Long Day’s Journey into Night is now on Kino Now, The Criterion Channel, and Kanopy. It’s also available on a beautiful Blu-ray release, including a 3-D version. For more, listen to Blanchett’s full discussion of the film below.

Check out our interview with Bi Gan here.