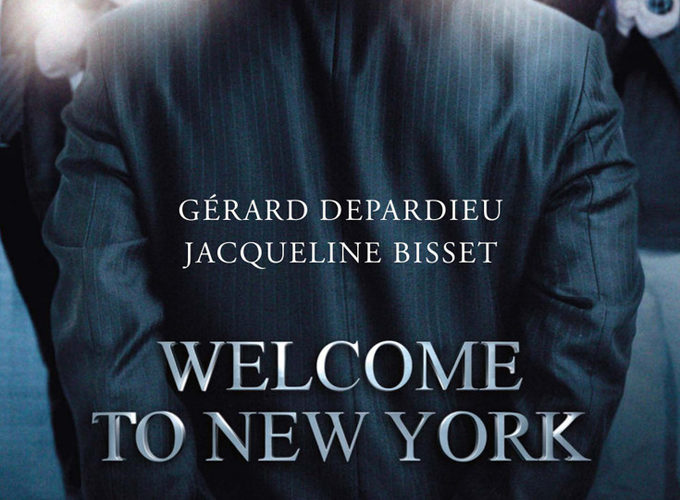 While there are plenty of drinks, drugs, and women in Welcome to New York, there is no pop soundtrack, no swerving camera movements, no dazzling cross edits, no fantastically designed mansions, or even a well-lit space. There is only Mr. Devereaux, the three-hundred-pound, heavy-breathing, truly vile human being at the center of the latest film by Abel Ferrara. He is a monster. He has no inhibitions. Worst of all, he knows this and shows no remorse. Welcome to New York is a bold, sometimes absurdly funny, and often-horrifying look into the Dominique Strauss-Kahn affair, wherein the former French president of the IMF lost his position after a scandal involving a New York hotel maid he sexually assaulted. But the details of the affair, the trial, and the media scandal have all been removed, leaving only a psychological investigation which fits well within Ferrara’s oeuvre. It seemed unlikely that the director of Bad Lieutenant and Ms. 45 would tackle such a recent event with ripped-from-the-headlines style, but the writer-director’s impulses perfectly groove with this material, centering on only Gerard Depardieu’s pig of a man — a man with total power and, scariest of all, the will to exploit it.

Ferrara’s film certainly follows in the footsteps of his one-time influence Martin Scorsese and The Wolf of Wall Street. While Scorsese relished this sort of insanity to the point of satire and parody, Ferrara’s approach is to truly display disgust without ever aesthetically indulging in the events portrayed. The film’s elongated hotel sequence plays out in real time, lasting over 30 minutes, as “Mr. Devereaux” – perhaps a reference to the character from Universal Soldier embodied by Jean-Claude Vam Damme, another Frenchman corrupted by America — pounds his way through a number of hookers, who enjoy their humiliation as they are covered in champagne and ice cream and thrown into a number of various positions — all in full frame of the camera. One particular shot of oral fixation, by a hooker, on Mr. Devereaux is one of the film’s astonishingly unflinching long takes, as Depardieu grunts and fucks like a mad man. One could laugh at the ridiculousness and glee that the actor takes (his sounds make Timothy Spall’s grunts in Mr. Turner seem somewhat calm), but the camera stays relatively static, as if capturing the horrors like a Michael Haneke movie.

The opening titles of Welcome to New York acknowledge the only-legally-false story claimed here, but Ferrara pulls no punches when throwing in DSK’s guilt, shooting the alleged rape in one solemn long take — a gesture which seems both partially comic in the man’s brashness as well as truly grotesque through all else. The maid is given voice only once: during her confession of events to the police, captured through a single quiet close-up to show her pain. But Devereaux has no time to feel guilt. The film’s cold hangover continues as he heads to prison in a series of darkly comic set pieces where he’s transferred from cell to cell. Absolutely astonished at what he believes is unfair treatment, he finally gets his bail and shoves off to the solemn-but-pricy ($60,000 a month!) apartment on Canal Street to lead his purgatorial life, awaiting sentence. Avoiding the media publicity or the ins-and-outs of the trial, instead, Ferrara focuses on how little has changed within this monster’s mind. While his wife berates him for the affair, claiming that he has ruined their plans for a presidential campaign, Deveraux remains completely unfazed, taking on two more conquests in the remainder (one consensual, one not so much) and languishing in his comfortable life.

He is a man with power. As he loiters through the apartment, Deveraux admits, without shame, that he holds no guilt for his actions, having given up on idealism and now free to exploit the innocent. Ferrara’s well-explored Catholicism makes its way in, as Devereaux claims he will “kiss God’s ass forever,” deciding to create this world as a hell and face punishment in the next. Twice, he turns and stares right at the camera, as if daring us to judge him when he shows such indifference to the events at hand. Opening with a rock cover of “The Star Spangled Banner,” Welcome to New York is a pulsating reflection of capitalism gone amok that prefers solemnity to ludicrous and indulgent depictions. If The Wolf of Wall Street was drunk, Ferrara is asking us to sober up.

Welcome to New York premiered at Cannes Film Festival and is currently without a U.S. distributor. Watch the trailer here.