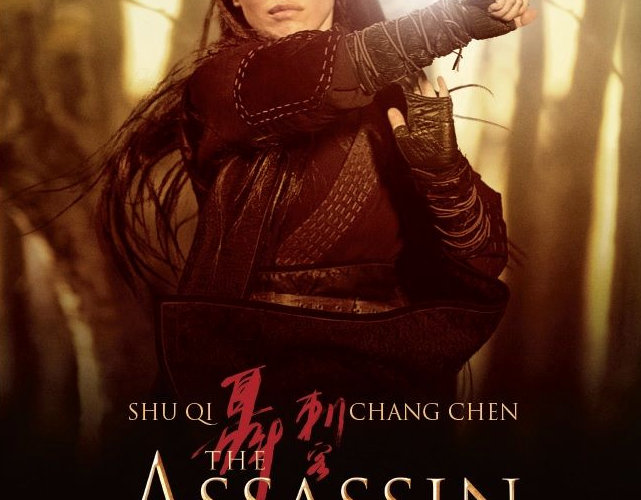 The Cannes Film Festival represents the pantheon of arthouse cinema, so it does raise eyebrows when a wuxia movie is included in its official selection. After all, this is a genre known for superhuman speed and loud, physical forms of expression, stuff that fantasies are made of but not exactly traits one associates with fine arts. That’s until Taiwanese maestro Hou Hsiao-hsien came along to deliver his version of kung-fu. The resulting The Assassin (translated from Nie Yinniang) turns out to be the quietest, most introspective, and deliberately paced film in competition, a feat so rare and radical that it casually revolutionized decades of filmmaking tradition.

This being a Hou movie, dialogue is predictably sparse. Details about the historical setting and the relationship between the characters are made doubly impenetrable by the fact that the script is composed in an archaic language used for literature. This much is clear: in 9th-century China, when the prosperous Tang dynasty found itself in decline and increasingly held hostage by autonomous garrisons, a young woman named Nie Yinniang (Shu Qi) is sent home after years spent in seclusion perfecting her swordsmanship. To steel her mind against all worldly attachment, Nie’s master orders the assassination of Lord Tian (Chang Chen), the governor of a dominant province who also happens to be her cousin. Subsequently, secrets about Nie’s past will be revealed and her killer instinct put to the test.

While this might sound like quite a meaty plot, you probably won’t feel that watching the film. All main characters are hermetically un-verbal, and what little is spoken can sound like a puzzling string of names or some intricately phrased but unspecified intrigue. Instead, the narrative is largely fueled by what’s left unsaid, purposeful blanks framed in a sea of scenic shots — brooding, suggestive, never openly expository. You get the sense that Hou is interested as much in the rituals and decorums of a bygone era as in the events that are supposed to take place within such context. Rapt attention is paid, for example, to the preparation of a bath or the playing of an instrument. For minutes on end, we would seem to be looking at nothing but the ancient quotidian silently running its course. The overall impression of passivity and calm becomes so pervasive, in fact, that when the occasional fights do break out and emphatic music takes over from a soundtrack of minimal ambient noises, the tear in the stillness feels downright intrusive.

But yes, there are indeed scenes where people engage in balletically lethal combats, although expectations of elaborate, minutely choreographed setpieces à la Ang Lee’s Crouching Tiger, Hidden Dragon or Wong Kar-wai’s The Grandmaster will go unmet. Further defying what conventions of the genre dictate, the action sequences here are clipped and to-the-point, not particularly fanciful in concept nor expansively executed. There’s little flying around and the outcome of a duel is mostly decided within seconds. One smartly aimed slash of the dagger or a couple of strikes on the right spot is usually all it takes. If anything, these bursts of violence remind one of Japanese samurai movies, which place reticence, calculation, and the concentration of will above the outward grace of movements.

If a slight tone of caution can be detected behind these remarks, it’s to signify that a movie so utterly, defiantly itself is never intended for the masses. To those who seek to be challenged by uniquely cinematic voices, however, the towering achievement that is The Assassin should be apparent. Ever the master of slow-burning atmospherics and distilled human truths, Hou shoots and cuts the film with signature repose. Scenes often commence where you don’t expect them to and end a beat or two after all is said and done, letting the meaning of the moment linger in the air. Collectively, it injects a delicate, soothing rhythm into the picture that feels effortlessly classy. Meanwhile, longtime collaborating DP Mark Lee Ping-bin dazzles again with an abundance of heart-stoppingly beautiful images. From the black-and-white introduction, sizzling with a cool sense of modernity, to the dusk-lit interiors drenched in silken glow, the film looks consistently exquisite with a stripped-back aesthetic that contrasts starkly with the pompous CGI favored by mainstream Chinese-language productions in recent years. Restraint is also on display in Hou’s use of music. Giong Lim‘s distinct, evocative score only accompanies certain parts of the proceedings, but every time it counts. The grandeur and poetry of the ending shot, for example, would not be complete without such inspired, reverberating sonic support.

With great conviction, Shu Qi and Chang Chen embody their respective roles as the titular assassin in search of inner peace and the warlord troubled by a lifelong debt, even if the storyline doesn’t have room for acting fireworks. Sheu Fang-yi is well cast as the ruthless nun who might have sent her pupil back home with an agenda of her own. The placidity of her features and the precision of her gestures sell this chillingly unknowable figure who would and could terminate your life without batting an eye.

Ultimately, this movie belongs to the mighty creative mind of Mr. Hou Hsiao-hsien. By bringing an arthouse sensibility to the wild, imaginary world of wuxia, he’s pulled off the unthinkable and reinvented the game. Unhurried, mood-driven, pregnant with a transcendent reflection on life and death, The Assassin is a singular vision realized with absolute mastery of style and a lightness of touch that’s to die for. Of all the competition titles in Cannes this year, it just might be the most vitally unmissable.

The Assassin premiered at Cannes Film Festival and opens on October 16th. See our complete coverage below.