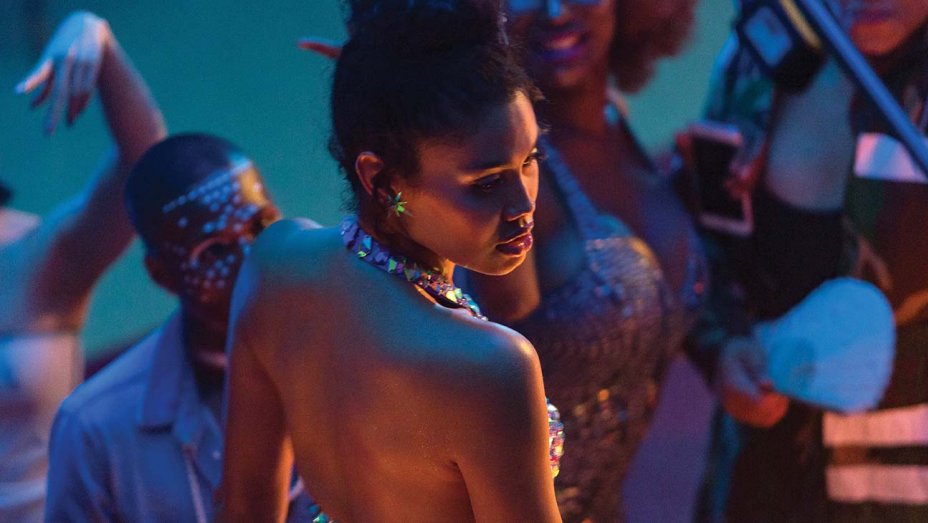 A deceptively simple romance doesn’t take away that there is something quietly radical at work in the New York love story Port Authority, set in the underground Kiki ballroom dance community. This is grounded in a believable reality, directed by first-timer Danielle Lessovitz, executive produced by Martin Scorsese and starring a promising Fionn Whitehead and Leyna Bloom, the first trans woman of color to headline a film at Cannes.

Whitehead plays 20-year-old ex-con Paul, a Pittsburgh native dropped off at the New York City terminal of the title, stumbling out into the city without friends or family–a sister he hoped would meet him never materializes. On the subway he’s beaten up and robbed (“I have this anger thing,” he says), but taken in by Lee (McCaul Lombardi, who stars in American Honey, to which this film owes a spiritual debt), who offers him the chance to survive in seedy work as removal men, kicking out tenants who haven’t paid their rent–the foot soldiers of gentrification. To survive in a dog-eat-dog city, you’ve got to exploit others or else get exploited yourself.

Eventually he’s drawn into a different ecosystem, away from the macho banter of Lee and his agro men, the queer dance subculture in the fringes of the city’s vogueing culture, emblematic of a type of self-expression that Paul has clearly never been able to do. “The city’s out there, that’s for you,” says one dancer, “This is for me and my sisters.” But Paul is no more an outsider here than anywhere else in New York City.

It’s there he catches the eye of Wye, played by transgender model Leyna Bloom, and he starts to open up. Whitehead is particularly strong at suggesting a man comfortably in his own skin for perhaps the first time in his life, producing one of a number of brave performances in the film.

There’s a leap of faith you have to go with in the narrative of Port Authority, a central scene when Paul comes to realize that Wye is transgender. Given the community she is part of, and the specific type of dance culture she performs, it’d be hard to miss. But if you understand that Paul is from a place of vulnerability, where the basic idea that any woman will enjoy his company is a surprise to him, perhaps he’s dizzily blinded by attraction. And perhaps the film is pointing out that these labels, while relevant and necessary for an expression of identity, are artificial in a spiritual or psychological way.

Lessovitz, who wrote 2017’s homelessness drama Mobile Homes, is a confident filmmaker, whose eye has something of the urban landscapes of Celine Sciamma’s Girlhood and the rough-and-ready youth trappings of Andrea Arnold’s Honey. I’d like her to have taken Wye point of view more–problematically, the narrative is framed as a white cisgender male entering some sort of exotic environment–but at least Bloom’s performance is a showcase for her glowing presence.