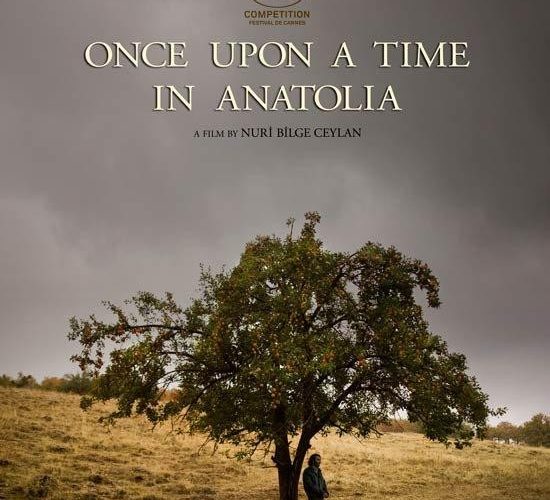 [Cannes Review] Once Upon a Time in Anatolia Nuri Bilge Ceylan has become a name synonymous with the more traditional type of auteur that the Cannes film festival reveres. In his sixth film and also his longest to date (also the longest film playing in competition) Once Upon a Time in Anatolia is a morality tale that reflects the state of mind of the Turkish people. Known for long, steady shots that reveal mystery and beauty similar to the styles of Abbas Kiarostami, even Andrei Tarkovsky, Ceylan has mastered his unique style of Turkish cinema that evokes philosophical questions about life. And while he seemed to have perfected his method with his previous films Uzak and Climates, Ceylan takes a different turn with his latest film. Combining the mystery of a dead body buried in the hills of Anatolia with the spark of an existential journey for its protagonist, the drama mirrors issues the country faces today.

Opening with an extremely slow investigation into the night of Anatolia by a group of policemen bringing a supposed killer Kenan (Firat Tanis) to find the dead body of his victim, Once Upon a Time in Anatolia begins unlike any of Ceylan’s previous films. The darkness of the first hour of the film is punctuated with bursts of light from the head-beams of cars, painting the dark night canvas like a painter. The group of men include a prosecutor Nusret (Taner Birsel), police officer Naci (Yilmax Erdogan) and Dr. Cemal (Muhammet Uzuner) who eventually will become the films protagonist, though its not immediately apparent. After searching for what seems like hours, the group stops at a local farmers home to rest, which brings into focus the differences in their lifestyles and highlights the kind of themes Ceylan wants his audience to ponder. As dawn breaks for the party, so does the evidence, and the group finally discovers the body they’ve been looking for buried deep in the ground. Nurset the prosecutor dictates the facts of the crime scene, peppered with an odd sense of humor, while the absent-minded policemen have forgotten to bring a body bag. The only one who remains serious with solidarity is Dr. Cemal, who notices that the accomplice of the murderer seems to have confessed before being shut up by Kenan, an odd ambiguity that the police do not notice. In fact ambiguity is a central theme that Celyan plays with that reoccurs throughout the film. He shows a brief apparition of the man who might’ve been murdered and in the final autopsy, when the Dr. bizarrely ignores an incriminating piece of disturbing evidence.

Ceylan has a clear and direct message he hopes to send with the film, despite the mysterious and ambivalent nature of his characters. Throughout the journey of the search for the dead body, the prosecutor shares a story with the doctor about a woman who had predicted her own death after the birth of her child, and then abruptly died as foreseen. This story continues to come back into the fray as the doctor doubts anyone can drop dead randomly, and we soon learn that the woman was the wife of the prosecutor. It’s this kind of emotional detachment hidden in subtle glances and minimalist dialogue that highlights the strength of Ceylan’s filmmaking.