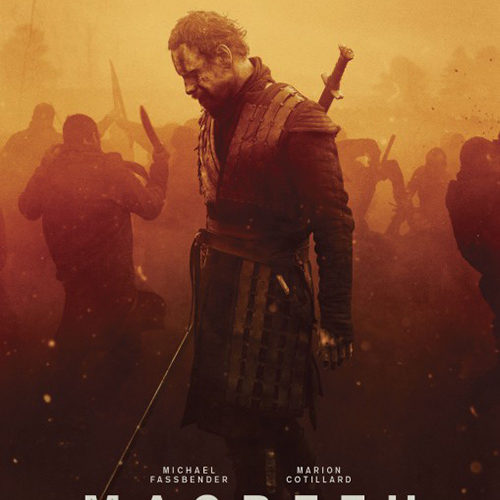 Justin Kurzel’s phenomenal debut, Snowtown, portrayed the most notorious serial killings in Australian history, the Snowtown Murders. Though nigh traumatizing in its graphic depictions of extreme brutality, the film’s investigation into the psychology of its characters – the charismatic psychopath John Bunting and the maladjusted teenager James Vlassakis who finds refuge in Bunting’s murderous group – achieved a highly effective appraisal of the dynamics of corruption that can abet violence. Consequently, it’s not surprising that in adapting a Shakespeare play as his second feature Kurzel chose Macbeth. The director approaches the classic tale of murder and moral decline with the same level of visceral stylization that distinguished his debut, pulling off perhaps the fiercest cinematic translation of Shakespeare to date.

Visually, Macbeth is breathtaking. Mostly shooting on location in Scotland, Kurzel and his DP Adam Arkapaw (who also shot Snowtown) render the Highlands as a spectacular backdrop of mountains and valleys forever enveloped in thick and flowing mist, while the halls of the castle are bestowed with an impossible grandeur. Despite their magnitude, the settings are made to feel confined. The horizon is permanently blocked off by an impenetrable wall of clouds and the interiors are treated as insular, giving the impression that the action is unfolding on gigantic stages. Together with the gorgeous production design, costumes and make-up, which take liberties with historicity, the cinematography’s expressionistic lighting and liberal use of slow-motion imbues the film with a mystical aura. All these elements come together in an innovative form of theatricality that provides a suitable context for the Early Modern English, which always runs the risk of feeling stilted in a modern film.

Though the script is very faithful to Shakespeare’s words, it strips the play back considerably and also adds in some new elements. For instance, the Macbeths are shown to have lost a child in the opening sequence, Banquo’s (Paddy Considine) ghost only makes a single appearance and many minor roles are left out altogether. Overall, the alterations work very well. The narrative is never weighed down by the mere principle of being comprehensive and the film breezes along as it charts Macbeth’s (Michael Fassbender) downward spiral. One aspect that is given too scant a treatment, however, is the character of Lady Macbeth (Marion Cotillard). Like the play, the film gives her almost equal prominence to her husband. However, her descent into madness is treated much too cursorily, happening pretty much from one scene to the next. Her famous “Out, damned spot!” speech, which she holds while awake and in front of her son’s grave, is given such little emphasis, it’s largely deprived of its strength and her ultimate fate right afterwards is not wholly believable. Generally, both Fassbender and Cotillard are much too restrained, which is surprising in a film that is otherwise not marked by moderation. Two large-scale and extremely bloody battles bookend the narrative and the film’s many killings are portrayed in explicit detail. Even some murders that happen off stage in the play are depicted on screen, for example that of MacDuff’s (Sean Harris) family, who are tied to stakes and burned alive. While certainly violent, none of these are excessive; they’re magnificently shot – the battles are miniature masterpieces in themselves  – and perfectly integrated into the story. Rather, it’s the understatement with regards to the performances that is misplaced, as the characters’ disintegrating morality as reflected in their state of mind is the heart of both the film and play, which ends up getting overshadowed by the film’s prodigious sensory impact. Had Kurzel given more room to his actors to let loose, the two dimensions could have complemented one another to extraordinary results.

Macbeth premiered at Cannes Film Festival and will open on December 4th.