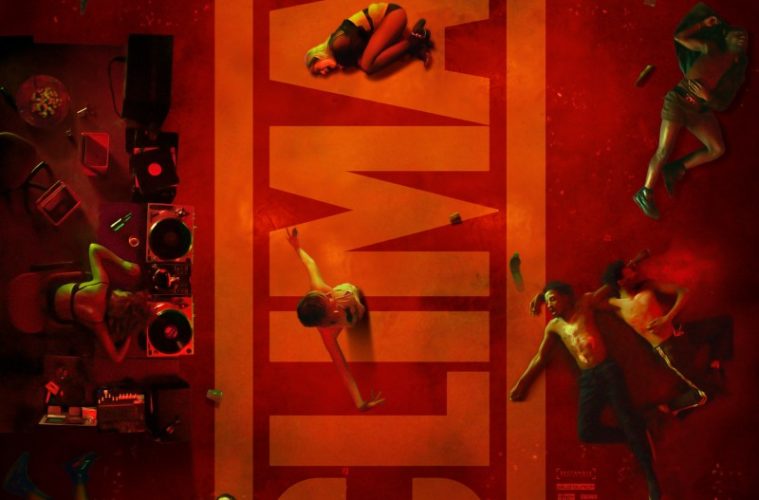 Cannes Review: Gaspar Noé’s ‘Climax’ is a Perverse and Intoxicating Celebration of Dance as an Art Form

Gaspar Noé has probably never been likened to Lazarus before – or any other saint, for that matter – but he’s fully earned himself the comparison with Climax, which constitutes a miraculous comeback after the nadir that was Love. It has all the in-your-face trademarks of the Noé brand, but here they’re packaged in a compact, expertly crafted horror flick that transcends its puerility to achieve something altogether sublime.

The immediately entrancing prelude provides a moderate intimation of what’s to come. A blinding, total whiteness is revealed to be a top-down drone shot of a snowy landscape when a girl staggers into the frame, bloodied and screaming, and then falls to the ground, flailing her arms to make a grotesque snow angel. After observing this spectacle for a little while longer, the drone flies on, and that’s the last blood we’ll see for the next hour or so.

Next up is a static shot of an old-school TV, on both sides of which are stacks of books and VHS tapes. In an amusing and inadvertently irreverent parallel to Godard’s The Image Book, which also premiered in Cannes a few days prior, these provide a helpful list for anyone wishing to delve into Noé’s references. (Whether much insight would be gained from such research is doubtful, but it’d definitely make for some great reading / watching.) The books include Bataille’s Story of the Eye, Kafka’s Metamorphosis, and several studies of cinema auteurs like Fritz Lang and F.W. Murnau; among the tapes are Possession, Suspiria, Salò, Querelle, and Un Chien Andalou, all of which receive pretty overt homages later on.

A succession of recorded interviews is playing on the TV, showing some twenty people auditioning for a place in a dance school. These will be the film’s protagonists and, for once, Noé has managed to find gorgeous young people who are not only game for his gross bidding, but capable of acting as well. And, crucially, they’re also incredible dancers. All are real-life professionals and, after the film relocates to the dancing school, their sensational talent is demonstrated in a stunningly choreographed group performance captured in one uninterrupted take, Benoît Debie’s acrobatic camera flying all over the room in perfect accompaniment with the youths’ exhilarating voguing, waacking, and krumping.

One aspect of Noé’s filmmaking that has always been above reproach is his soundtrack choices, and Climax doesn’t disappoint. Music plays almost nonstop for the entire duration and, appropriately for the urban dance styles on show, it’s almost entirely electronic bands from the ’80s and ’90s. During the calm before the storm, while the group enjoys a wind-down party following their performance, the film is scored to acts such as Cerrone and M/A/R/R/S. Then, once the very, very potent drugs that someone secretly dropped into the sangria take effect, the soundtrack gives way to more sinister tracks by the likes of Aphex Twin, Daft Punk, and Dopplereffekt.

Climax never leaves the confines of the school, and most of its drug-induced pandemonium is shot in a single take that makes up the bulk of the film’s second half. The seemingly weightless camera snakes its way through the school’s corridors and into the various rooms, taking cues from the soundtrack as it twirls around the dancers, goading them into a trance of rampant lust, bloodthirst, and self-destruction. There’s non-stop screaming, vicious beatings, self-harm, sexual assaults, incest, one girl’s hair goes up in flames, and another recreates Isabelle Adjani’s Possession freak-out to the tune of Aphex Twin’s “Windowlicker.” It’s all insane and intoxicating, and what’s perhaps most remarkable is that, ultimately, the ugliness and excess is legitimized by being in the service of an elaborate and ecstatically realized celebration of dancing as an art form. In this regard, Climax towers above other attempts at adapting contemporary dance into cinema – it certainly makes Wim Wenders’ Pina look insipid by comparison.

Given the mix of classes, ethnicities and sexualities amongst the characters, as well as the giant French flag that hangs at the back of the school’s main hall, those so inclined could certainly read a social critique into it all – think Salò meets Nocturama – but it’s likely more rewarding to leave such deliberations aside and simply take the film for what it is: a gloriously stupid, aesthetically enrapturing indulgence.