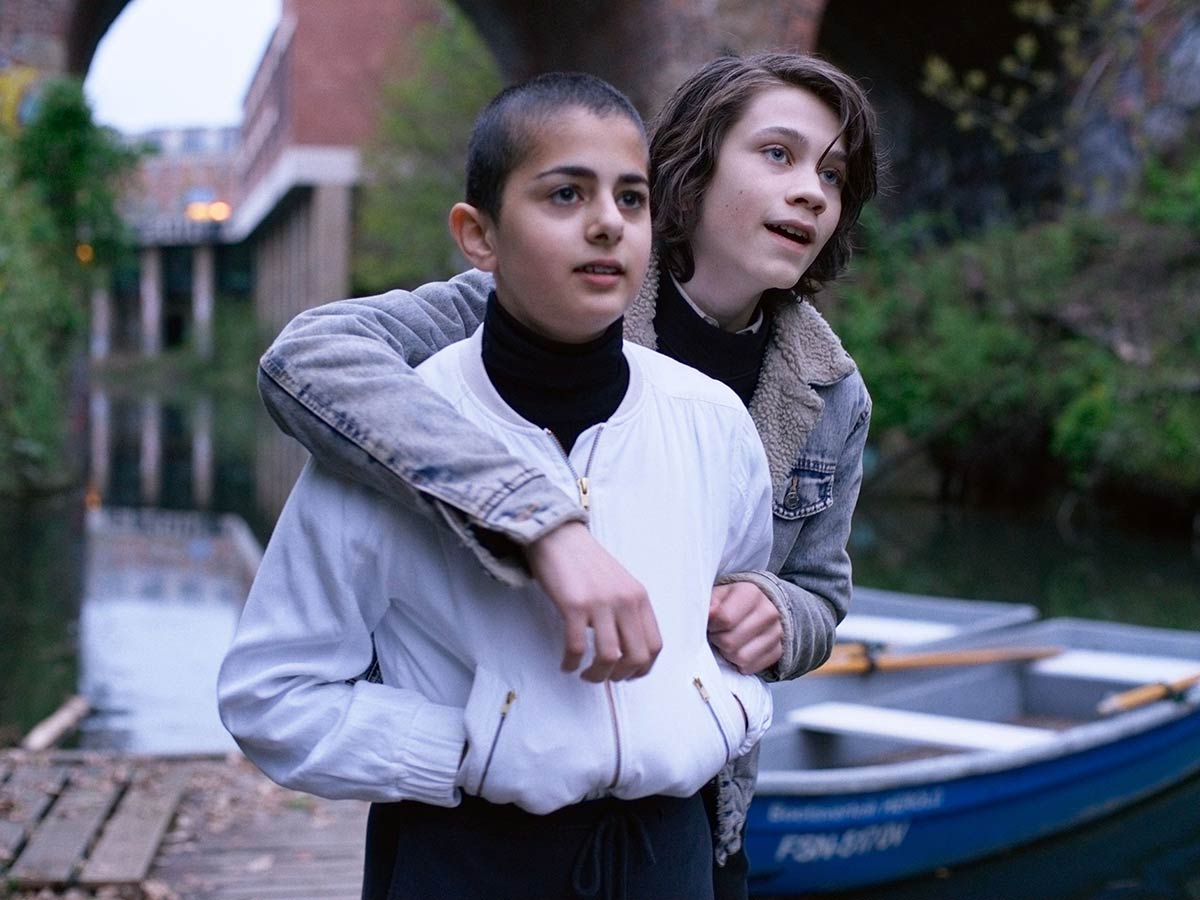 A triptych of interconnected stories form Evolution, which begins at the end of the liberation of Auschwitz, in 1945, skips forward to an apartment in Budapest circa the 1990s, and ends in present-day Berlin. As blunt as its title, it proposes the back-of-a-napkin theory on how prejudice has evolved in those eight decades and, in a macro way, perhaps how Germany itself has. The director is Kornél Mundruczó, a Hungarian filmmaker who—alongside his frequent collaborator and co-screenwriter Kata Wéber—has attained a certain auteur status for blending such tidy allegories with incredibly realized cinematic bombast—White God (2014), Jupiter’s Moon (2017), and Pieces of a Woman (2020).

A true product of the pandemic, Evolution was shot in just 13 days over April and May of this year, in Budapest and Berlin, then assembled in just over a month, remarkably premiering this week in Cannes. Each segment is a single roving take, the logistics of which must have been a nightmare—for actors most of all. Mondruzco and Wéber’s work is nothing if not memorable, though they often struggle to match the swagger of their openers. In this regard, Evolution does not disappoint—it is their most complete work, and probably their best—and with this episodic structure have they found an outlet that perfectly suits such top-heavy style. In a sense, the film is three opening acts.

Whether or not it is all in good taste will come down to the viewer’s sensibilities. The opener here––a surreal and audacious origin story taking place a gas chamber, and shot like a horror––is thrilling to just about the point when the penny drops. Mondruzco and Wéber focus the middle section on the character of Lena (Annamária Láng). She visits her mother Eva (Lili Monori), a Holocaust survivor and historian whose memory is on the slide (Mondruzco visualizes her mental deterioration by flooding her flat). Weber (whose mother survived the Holocaust, and who currently lives in Berlin) is in even more autobiographical territory this time. In the largely charming finale, Lena’s son Jonas (Goya Rego) falls for a queer Muslim girl at school, named Yasmin (Padmé Hamdemir).

The single-take film may have had its heyday. If it wasn’t so long ago that audiences thrilled at high-wire acts like Victoria and Birdman, returns are still destined to diminish, and when tight schedules and tighter budgets are involved the burden will always fall on the actors—especially if they are asked to rattle off lengthy and complicated monologues. Monori, and to a lesser extent Hamdemir, are impressive. Rego and Lang, with respect, haven’t quite got the chops. Moral quandaries aside, Evolution‘s beginning (which, significantly, is almost dialogue-free) is a well-executed nail-biter; yet the project soon buckles under its own self-importance, and I found it difficult to stomach the queasy neatness of Mondruzco and Wéber’s parable.

Near Evolution‘s end we learn that Jasmin’s father, a Muslim man, has shaved her head because she—who the film suggests is bisexual—dyed it purple. Are we to connect his actions to a nauseating image of lost hair that we saw in the beginning? Though there are things to enjoy here, it is difficult to see that being mere coincidence, and the suggestion alone feels like a callous and rather unforgivable false equivalency—though there are other words for it.