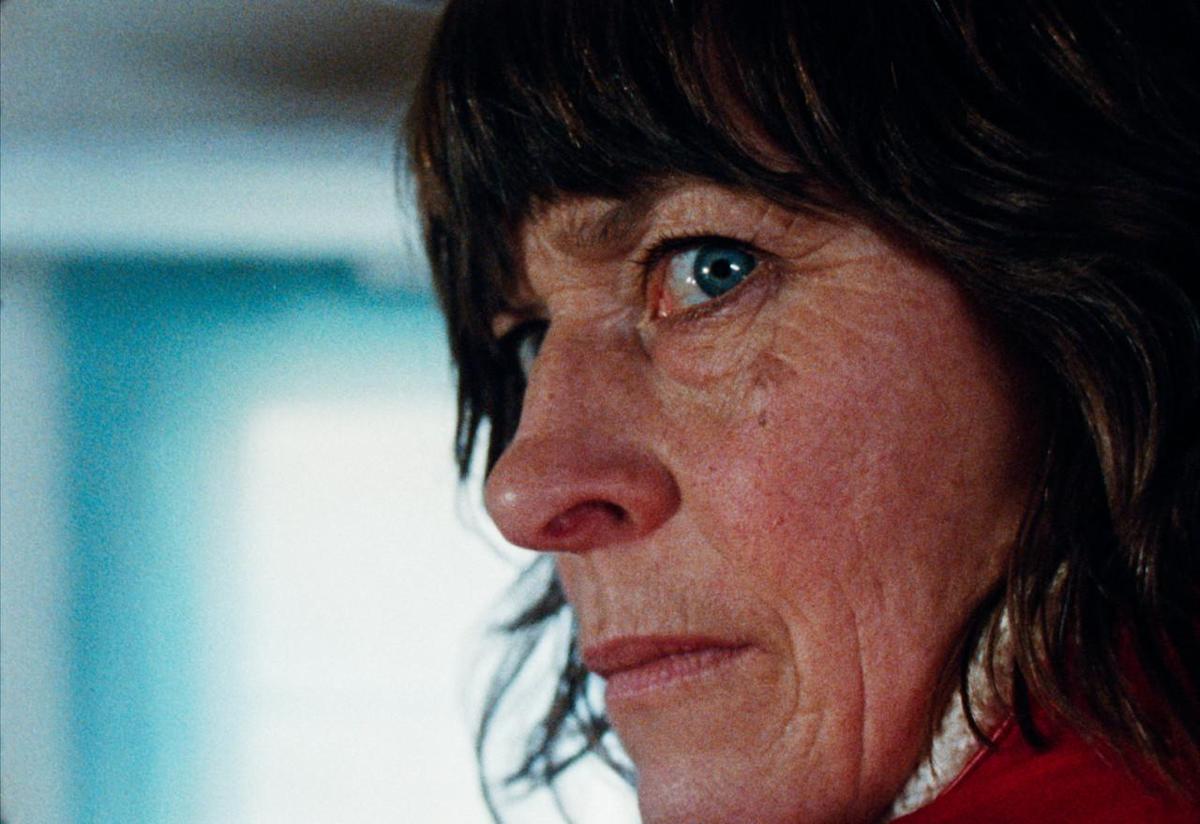 Perched on the cliff of a windswept island off the coast of Cornwall is a shock of white flowers. Every day a woman studies their petals in religious silence before heading home and jotting notes in a diary. Date. Daily temperature. Observations. The year is 1973, the month April, and that’s about as much contextual information Mark Jenkin’s sinuous, entrancing Enys Men parcels out. We don’t know who the woman is, what or who those notes are for, when she got to the island, when she’ll leave. Penned by Jenkin, its script credits her as “The Volunteer,” whose daily pilgrimages to the cliff feel like a vocation, an act of faith.

Which is another way of saying Enys Men has a curious relationship with time. In its anfractuous, hypnotic way, the film doesn’t just strive to remember a chapter of Cornish history, but bring that into conversation with the present, to conjure an idea of place that comes across less as a geographical space and more as a collection of stories, a strange lattice full of fissures and crevices where the living and the dead breathe the same air and roam the same land. The desolate island Enys Men is named after was once home to a community of Cornish miners and sailors who have long since disappeared, leaving behind all sorts of traces and artifacts—railroad tracks, underground shafts, shipwrecks, an abandoned church. Part of the Volunteer’s daily routine includes a visit to one such relic—an ancient mining tunnel into which, each and every day, she throws a rock, waiting for the splash of the water trapped down below to carom off the dark walls. It’s a gesture that doubles as a kind of test, a probing of the gap between past and present, truth and fiction.

Enys Men is full of such moments. The Volunteer (played by Mary Woodvine) is only technically alone. Visiting her cottage and bobbing up anywhere she turns is a small contingent of ghosts: a girl, a seaman, a group of miners, and a handful of children all clad in white and dancing on the grass, an apparition that reminded me of Picnic at Hanging Rock and The Wicker Man, arguably two key touchstones here. There’s also the sinister story of a desecrated monument, which we hear on the woman’s radio early in, a statue erected to the memory of the island’s last dwellers vandalized in mysterious circumstances. Could that be the vaguely human-shaped slab of rock standing near the woman’s home?

Jenkin’s film teems with unanswered questions, hallucinations, and intimations of supernatural events. Whether or not you’ll find that all too hermetic will depend on your receptivity to its disorienting atmosphere and moods. For those willing to follow, the reward is a journey that’s possibly much more ambitious and discombobulating than the director’s 2019 stunner Bait. That film, in its own way, also dealt with the uncanny. Interspersing the tale of a middle-aged fisherman struggling to drum up cash to buy himself a new boat were moments where Jenkin’s camera zeroed in on seemingly unconnected objects—a buoy, a knife, the wooden statue hanging at the local pub.

Enys Men embraces a similar grammar. Essential to the two films’ unsettling feeling is their elliptical editing (courtesy in both cases of Jenkin’s himself), and their emphasis on the material things characters interact with. Everyday objects are not inanimate ornaments but repositories of mysteries, and Jenkin’s fitful focus on them doesn’t slow down or jeopardize the narrative so much as widen it. Everything Woodvine’s botanist touches seems to speak its own tongue; among the many charms of Enys Men is listening to the eerie melodies they echo, to navigate their connections.

And while Joe Grey and Mae Voogd’s production design is fastidious, none of the things they disseminate feel as though they’re been used simply to confirm the 1970s settings. Jenkin does not—the way you may argue Robert Eggers does in The Northman—pursue authenticity for authenticity’s sake. The film’s period-faithful teapots, clothes, books, transistors, and tin cans radiate a lived-in quality, as though they’d always been there, frozen in a perfect stillness. Same goes for Enys Men itself. Shot by Jenkin on 16mm color negative with a 1970s clockwork Bolex and scored with post-synch sound, the film looks and sounds as a relic unearthed from one of the island’s caves. A chest stashed with stories in turns seductive and chilling, woven into a tale that will keep on unfurling, in an endless and confounding maze.

Enys Men premiered at the Cannes Film Festival and will open in the U.S. from NEON.