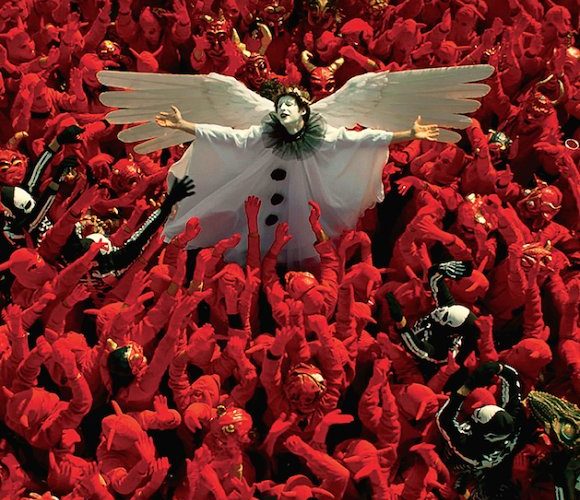 Three years ago, Alejandro Jodorowsky returned to filmmaking for the first time since 1990 with his sumptuous autobiographic epic The Dance of Reality. Now the octogenarian’s second part of a planned five-part series — think the tales of Antoine Doinel on acid — heralds the madcap hippie director of El Topo and The Holy Mountain as a master of a deeply personal magic-realist genre, effortlessly moving as it is psychologically and artistically rich.

Endless Poetry, which screened at Cannes in the same Directors’ Fortnight sidebar that first premiered The Dance of Reality, kicks off just as its predecessor ends. Young Alejandro and his parents (Jeremias Herskovits, Brontis Jodorowsky and a singing Pamela Flores, all returning) arrive in gritty Santiago, Chile’s capital, from their rural outpost in the northern area of the country. Alejandro doesn’t adapt well to the new surroundings, but when he chances upon a copy of Lorca’s poetry, his view of the world, and his place in it, shifts. His father dismisses artists and poets, and orders his son to return to biology textbooks in preparation for life as a doctor. But the seed is planted, and soon Alejandro runs away to join an artistic commune (a “den of degenerates,” as his father calls it), an act of defiance that will shape his personal, professional, and political life.

As if to heighten the autobiographical intent of his film, Jodorowsky films in the original Santiago locations, with colorful panels over the new buildings that have long since replaced the 1930s originals. And, like Dance of Reality, he also employs two of his sons to play characters in his life – Brontis as his father Jaime, and Adan, a dancer and actor in his own right, as his 20-something self. Pamela Flores, who plays Jodorowsky’s mother, also doubles as Young Alejandro’s lover, a Freudian casting choice as any you might see.

Adan is bright and ebullient as his father (Herskovits only appears in the first 20 minutes), and his unpretentious attitude is something of a delight. While the director throws in artistic flourishes –his typical gimmicks of sex, music, little people 00 Adan plays it relatively straight, and is particularly moving as his wide-eyed optimism gives way to a being shrouded with regret. His decision to become an artist is a path of self-emancipation, and that means away from the parents that he wish understood him. “By not loving me you revealed to me that love is all-important,” he desperately cries at his father, just as he is about to leave him forever.

Influences of Fellini are particularly present (strong women, performance, the circus) and perhaps Jodorowsky has taken some influence, too, from Almodóvar with his over-the-top characters and an open-minded view on sexuality. (Accusations against Endless Poetry in Cannes of homophobia were well wide of the mark.)

Still, Endless Poetry won’t turn any detractors of The Dance of Reality to the director’s singular vision, but it serves as a development in substance only in its embrace of a more purely emotional rhythm. While the former film was a Bildungsroman, this Künstlerroman seems much more in tune with the what Jodorowsky is about as an artist and filmmaker. The final sequences about loss, and art as a “cure” (in Jodorowsky’s own words), are heart-wrenchingly powerful.

Endless Poetry premiered at the Cannes Film Festival and opens on July 14. See our coverage below.