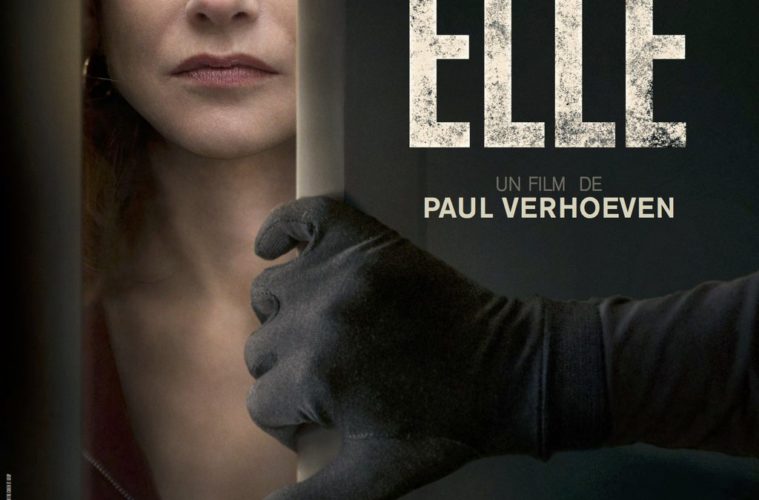 It takes all of zero seconds for the first rape to occur in Paul Verhoeven’s Elle. The film opens on a black screen and to the sounds of breaking glass and stifled struggle. When it then cuts to a cute kitty spectating the off-screen assault, we know we’re in Verhoeven territory. The ensuing countershot reveals Michèle (Isabelle Huppert), her blouse ripped open, pinned to the floor by a black-clad man with his face hidden inside a ski mask. Funny Games-like, this is our warning: run for the door now or keep watching and be implicated. Unlike Haneke, however, Verhoeven renders what follows irresistibly enjoyable, and the resulting implication is all the more severe.

Elle would be unimaginable without Huppert, who delivers a performance of such virtuosity that she turns what is essentially a raving sociopath into one of the most alluring protagonists in recent memory. Beautiful, refined, fiercely intelligent, and twisted to the core, her character is a synecdochic encapsulation of the film itself. Following her attack, Michèle sweeps up the shards of glass from the floor, takes a bath, and, the next day, goes back to work as if nothing had happened. At dinner with her friends a few days later, she casually mentions the rape and is surprised at their concern: it’s not a big deal, she insists, so let’s move on.

Michèle approaches everything else in her life with this same nonchalance, whether it’s conducting an affair with her lifelong best friend’s husband, discovering that her mother has fallen into a coma, or telling a neighbor attending her Christmas party how, as a child, she watched her father murder 27 people. The script by David Birke, based on Philippe Djian’s novel Oh…, is deliciously morbid, and Verhoeven draws excellent comic mileage from Michèle’s decorous depravity, including her scorching, impeccably timed backhandedness. It’s an exceptional achievement that she’s never turned into a caricature and that regardless of the depths she sinks to, she remains infallibly charismatic.

This dimension is vital to the success of the narrative’s central development — namely, that Michèle’s rape foments an obsession culminating in her seeking to relive the experience once she discovers her assailant’s identity. Such a turn of events is, of course, familiar from myriad exploitation films, but Verhoeven flips the arch-misogynistic fantasy on its head by granting Michèle genuine empowerment. All the while, by creating such a profoundly contradictory character, he maintains a necessary level of ambiguity in this portrayal of her desire and the lengths she goes towards its fulfillment.

Elle’s purposely problematic plot lends itself to numerous interpretations, including as a deconstruction and subversion of the rape-revenge narrative found in horror films as well as would-be feminist texts, or as a critique of the moneyed bourgeoisie to which all of the characters belong. Most prominently, though, the film addresses the radical desensitization to violence engendered through contemporary media. Michèle runs a company that creates violent and sexually sadistic video games, and through her father’s actions she was obviously exposed to violence at an early age that bred her desire for ever-more-extreme forms of gratification.

Intentional or not, it was a stroke of genius on the part of the Cannes Film Festival to program the premiere of Elle the day after Nicolas Winding Refn’s The Neon Demon, as it is the exact antidote to that execrable failure. Through expert storytelling and rich characterizations, Verhoeven spins a tale of sexual violence that is both extremely seductive and deeply upsetting. It’s a dialectic that has fueled many of Verhoeven’s films, but he had yet to achieve it with such finesse and complexity.

Ultimately, though, the question remains: is it possible to effectively condemn a culture of violence by disseminating its very images? Perhaps it is an inevitably self-defeating exercise and Verhoeven is actually part of the problem. In contrast to Winding Refn, however, his films provoke such questions and encourage their deliberation, and that makes all the difference.

Elle premiered at the 2016 Cannes Film Festival and opens on November 11. See our coverage below.