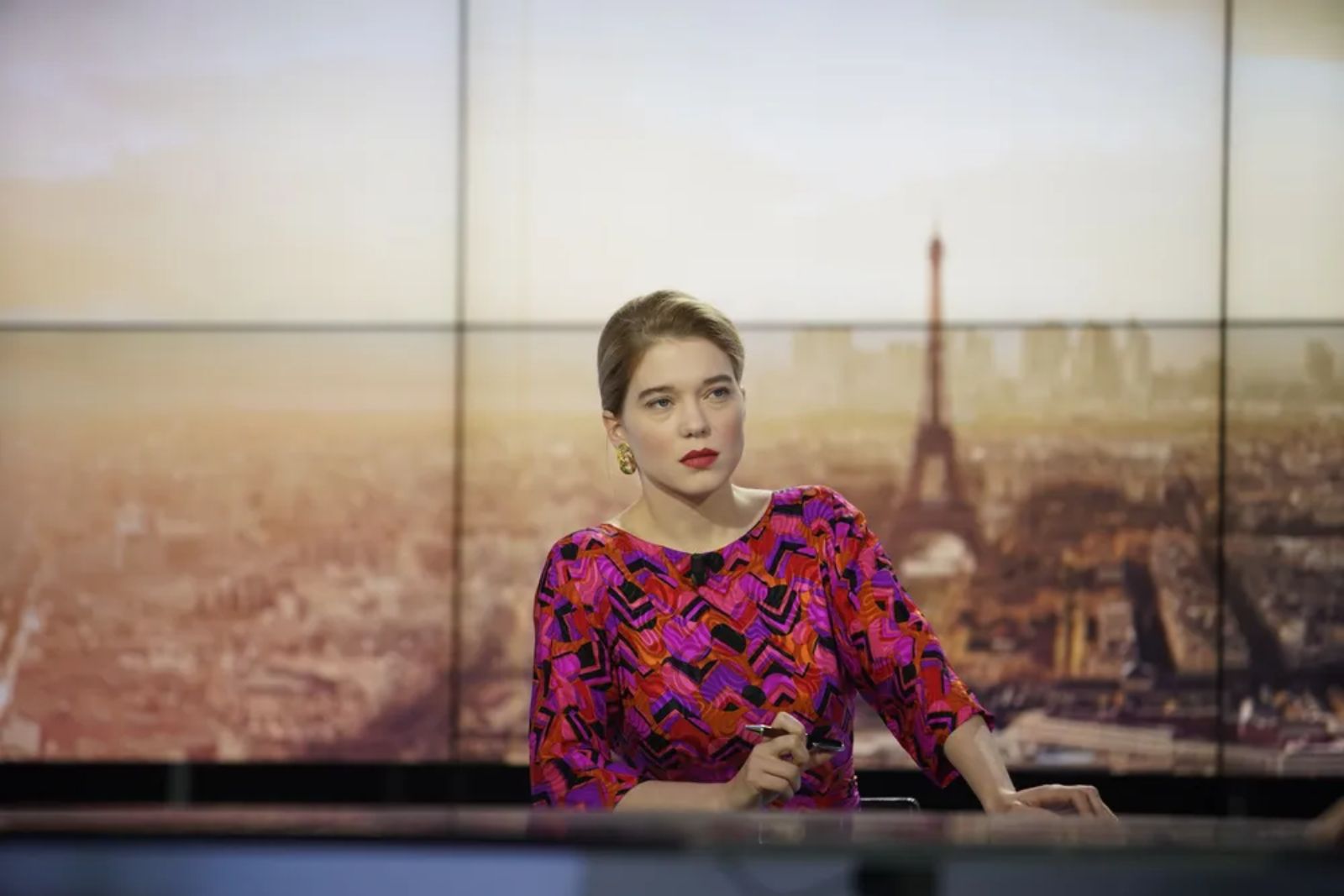 “My work is all about transfiguration… I’m not a naturalistic filmmaker at all.” So goes one of the most widely quoted statements by French auteur Bruno Dumont, now as noted for his bold stylistic experimentation across different genres as he is the dour, powerful slabs of “transcendental” cinema with which he first made his name at the turn of the millennium. Here lies a blindspot of director-focused appreciation: his latest film France has the appearance of a glossy, luxe piece of entertainment––almost a French Succession––that could appeal to a wide, even non-cinephilic audience across its home country. But those familiar with his output can’t help scan the precis of this film and perceive a likely Trojan Horse, or a piece of subversion at cross-purposes with its exterior sense. Is this the regressive underside of auteurism, that secretly wants our favorites to make a recognizably similar film each time out the block?

Though France holds water as a black comedy and faintly realistic character study, hitting plausible yet predictable satirical targets, what makes it a good, characteristic Dumont film is its sense of experimentation. Even if he isn’t being as confrontational and iconoclastic as in L’Humanité and Li’l Quinquin, there is much playfulness on the level of tone and narrative, staking out a roomy 133-minute runtime to have some fun with the codes of French bourgeois filmmaking. Political correctness and acceptable content are thumbed at the earlobe; iconic stars like Léa Seydoux get to mug and jut their jaw like Jerry Lewis (providing reminders of Juliette Binoche’s uproarious, fearless turn in Slack Bay). You feel Seydoux’s character, celebrity TV journalist France de Meurs, is a vehicle for Dumont to humiliate and humble with her flexible standards and vanity, yet this is all in service of an audience––us––he scrupulously respects: a satirical stage to make oddly pedagogic points about our heedless media consumption, then a call to see all of phenomena and humanity as they supposedly are. But in the purest sense, it’s hard to argue with this clear-eyed plea of his.

Twitter and new forms of media are oddly absent here. But when really scrutinized they’re unnecessary. France is like following the progress of a particular media story, and the individual(s) breaking and framing that story, on a social feed: gawking at the sensationalism of the breaking news reveal and standing back to see how the teller gets implicated in that feedback loop. The storytellers, breaking their sense of critical distance, eventually overlap with their scoop. A sense of redemption or catharsis is granted; we begin the cycle again. France covers sectarian conflicts in North Africa, the modern refugee crisis, and tawdry local stories of crime, and given her magnetism, becomes the focal point framing each horror. She manipulates like a filmmaker, as is common in broadcast journalism roles like hers––most heinously when she asks the North African insurgents to raise their automatic rifles mock-triumphantly above their heads, for a telegenic “beauty shot.”

There’s the famous cliché “don’t shoot the messenger.” An interesting point of dramatic irony is that France goes about her work unaware of how ridiculous and pandering she might seem: she’s an innocent motivated by a tireless search for truth, no matter how distorted it eventually looks under the high-end 4K camera’s sensor. She has no sense of cynicism about her privilege and the odd contradictions of her life. Dumont humbles her, but like the good Bressonian spiritualist he is for all his beautiful protagonists, she is then redeemed.