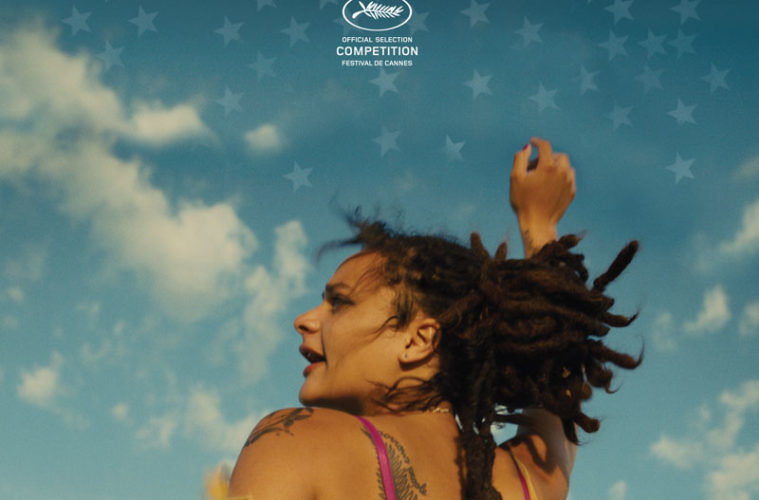 European directors have often faltered when crossing the Atlantic. Billy Wilder and Wim Wenders found things to say where Paolo Sorrentino could not. American Honey is certainly the former. Based on a 2007 article from the New York Times, it’s a backwater American road movie directed by an Englishwoman, Andrea Arnold, and shot by Irishman Robbie Ryan. We spot a few cowboys and gas stations and even the Grand Canyon, but it’s nothing to do with any of that. It’s about America (duh), but it’s also about friendship and money and learning to look out for yourself, and that primal connection young people make between music and identity. It’s visually astonishing and often devastating, too. This might be the freshest film about young people in America since Larry Clark’s Kids from 1995.

Arnold opens in shallow-focus Academy ratio, the concentrated square-shaped format she and Ryan employed on Wuthering Heights. We meet Star (newly discovered Sasha Lane) as she goes dumpster diving with some kids who we soon learn are not her own. We’ll follow her every step for the rest of the movie. She runs into a rag-tag group of adolescents dancing to Rihanna in a local mall. Shot in close-up, she locks eyes with their ringleader, Jake (Shia LaBeouf), in an intimate meet-cute. He convinces her to come along for the ride.

The group is a motley crew of runaways from across the states, connected by a lust for adventure or money or whatever freedom the road still offers. Star might be Dorothy here (a friend even references Oz when they pass through Kansas), but perhaps she’s more like Oliver, with Riley Keough’s hard-nosed ringleader Krystal as Fagan and Shia LaBeouf’s Jake as her Bill Sikes. The gang cruise the motorways in an 11-seater van, stopping off from town to town to work a magazine-subscription racket. Whatever they earn goes towards food and gas with the least-profitable members forced to physically fight it out. This is all in good humor, seemingly, any bad vibes cleansed through music and parties. Star shouts, “I’m fucking America!” when a deal goes her way but stumbles in toxic waste a few scenes after. There’s the impression that business is good in Arnold’s America, but something’s not right with the water.

Star falls hard for Jake and, now a 21st-century Bonnie & Clyde, their ensuing affair threatens to derail the good times. The chemistry between Lane and LaBeouf is electric. It’s as if their hormones are crackling on the celluloid. Many of LaBeouf’s detractors (and there are many) won’t like to admit it, perhaps not even the man himself, but the actor has found an odd niche playing manipulators and scumbags. Dressed like a door-to-door salesmen but built and inked like a professional wrestler, through Jake he exudes an intensity that, to this point, he had yet to manage. The pair fool around with enough legitimacy to even leave question marks over one hot and heavy moment — here, a rare nervous jerk in Ryan’s camerawork seems starkly telling.

Jake has a temper, of course, à la Stanley Kowalski, but Star’s no Blanche. Arnold often leaves her heroine in situations that the movies have taught us to expect the worst from — left alone with right-wing cowboys, long-haul truck drivers, and, in the film’s most daring sequence, a worker from an oil well. These set pieces seem to test Star’s naivety and, too, the viewer’s perceived notions of exactly who’s in control. We’re never asked to pity the young woman. To the contrary, in the few moments when we’re asked to worry about her, she proves, as Jake falters, to be the most headstrong. Offering an antithesis to his work on I, Daniel Blake that was first seen a couple of days ago, Ryan (who’s shot each of Arnold films to date) provides a wealth of imagery to gorge on. His close-ups are breathtaking, but it’s in the small details — a dog in a superman costume; gummy bears stuck to a car window; a French fry covered in flies — that he finds his Americana. Joe Bini edits it beautifully. Rihanna, Jeremih, and Lady Antebellum provide the soundtrack to these characters’ lives.

Is Andrea Arnold her generation’s greatest director of young people? It would seem so. She might not know how to end things here, but then it’s not the type of film that has you running for the door. And if none of that floats your boat, recent heroine-addict-turned-indie-breakout Arielle Holmes — so wonderful in Heaven Knows What — appears as a spaced-out girl named Pagan who’s obsessed with Star Wars. Radical.

American Honey premiered at the Cannes Film Festival and will be released on September 30. See our coverage below.