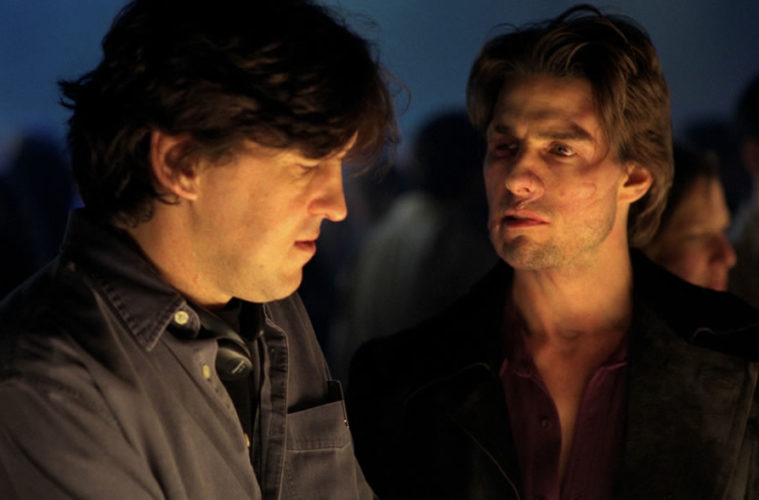 Cameron Crowe Revisits ‘Vanilla Sky,’ the Sound of ‘Inside Out,’ Channing Tatum’s Evolution, and More

Das Boot will be getting a remake from Bavaria Studios, the German production company who made Wolfgang Petersen‘s original, THR reports.

That’s so true. It was made with a lot of love, humor, and fun. We had a blast making it, but it’s eerie. The movie is much more eerie than it felt making it. I think movies always get a personality on their own, no matter what you do, and you just have to set the table and see what textures arrive as your dinner guests. Even the stuff that was funny to us at the time was, as you say, a post-9/11 idea of something happened.

Watch a featurette on the sound of Inside Out after listening to our discussion:

Rolling Stone‘s David Ehrlich on the evolution of Channing Tatum from male stripper to movie star:

Rather than try to withstand the press cycle and embrace a traditional Hollywood narrative of reinvention, Tatum started to leverage what could have been the most embarrassing chapter of his past into the cornerstone of his present. His trajectory from stripper to celebrity to movie-star-playing-a-stripper is easy to trace, and in a time where there have never been more of the former and fewer of the latter. With Magic Mike, Tatum minted his stardom by making his public persona indivisible from his most iconic role. Encouraged by the response to 21 Jump Street, Tatum doubled down on the same flair for transparency that made him such a perfect choice for that endlessly self-reflexive reboot. The gamble paid off: Budgeted at $7 million, Magic Mike grossed $167 million worldwide, making it one of the most absurdly profitable films of 2012. That’s 167,000,000 $1 bills. We’re gonna need a bigger banana hammock.

Watch a video essay on the eye contact on Satyajit Ray‘s The Big City: