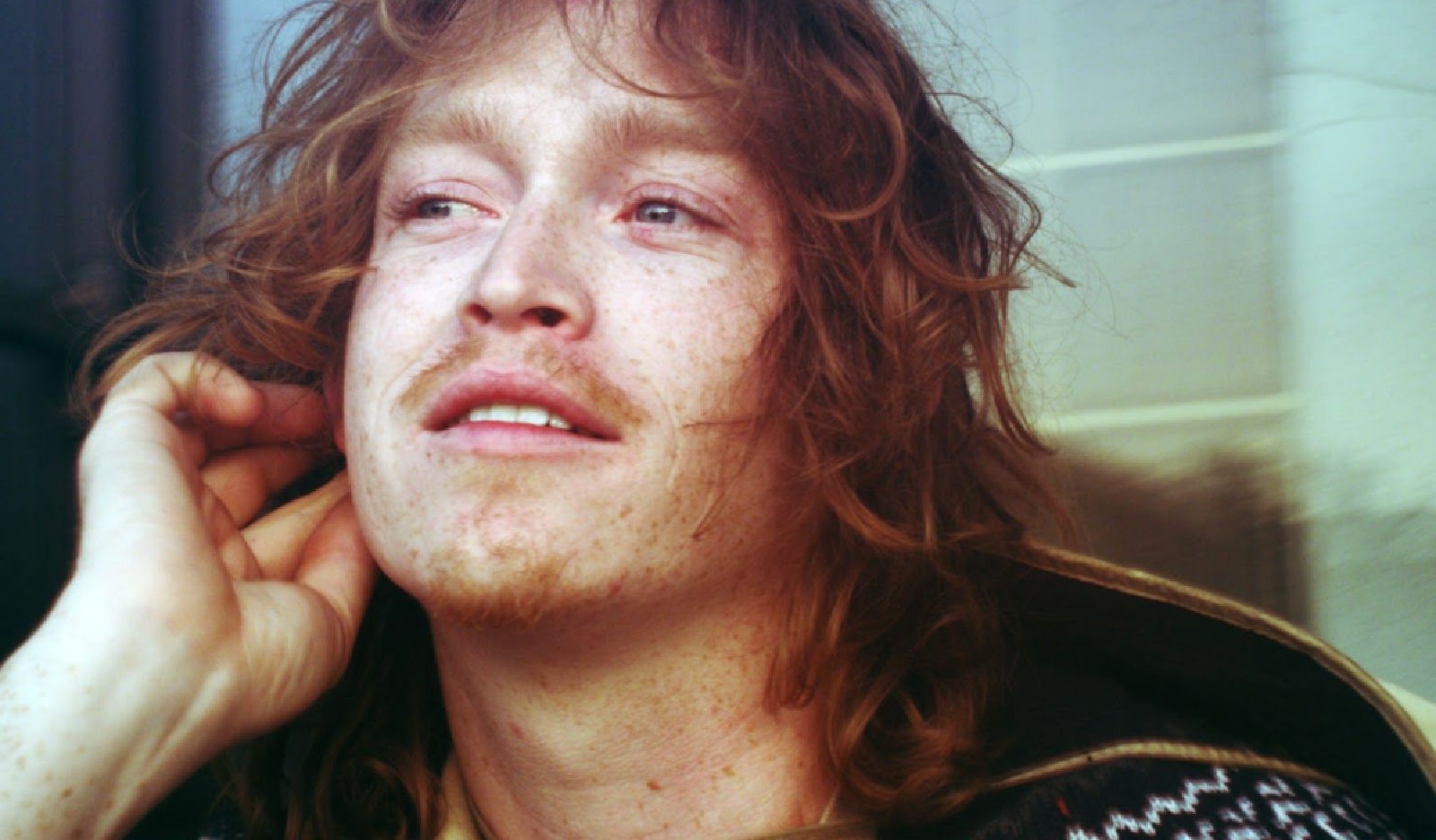 Sometime during the mid-2000s, in a Buffalo, New York Circuit City, I came across a dog-eared book of music-industry advice from the 1980s. I didn’t buy it, and I can’t source it, for it is un-Googleable, but as an 11-year-old I sat and read the entire thing while my dad combed through home stereo systems. Among this book’s outdated maxims: “If your first record is a double album, you are a prick.” Though undoubtedly a potshot at soft-rock titans Chicago (of “Saturday in the Park” and “25 or 6 to 4” infamy) and their 1969 debut Chicago Transit Authority, which clocked in at 80 minutes of yacht rock and instrumental wank, it stuck with me as a shorthand way to tease overambitious musical debuts. I was reminded of that maxim, this week, while listening to Caleb Landry Jones’ 65-minute debut LP The Mother Stone.

Add to it that the “Caleb Landry Jones” of this album is in fact that Caleb Landry Jones, the bloodshot-eyes millennial icon who cornered the 2010s cult-film scene with turns in everything from Twin Peaks: The Return and Get Out to The Florida Project and Heaven Knows What, and skepticism is duly invited. “Actor’s musical phase” is one of the most dubiously received artistic modes, and those few who have garnered critical praise—Jason Schwartzman’s stint as Coconut Records, Scarlett Johansson’s album of Tom Waits covers—have done so by remaining shrewd and low-key. CLJ’s debut, on the other hand, is an unbroken, 65-minute baroque-pop song suite replete with strings, flutes, manic key-and-tempo changes, and an obscure narrative that Jones alleges takes place “more [in] dreams than…in the physical realm.” Buyer beware, natch.

Yet The Mother Stone amounts to one of the more fascinating indie debuts in recent memory, exhausting and spastic and fleetingly beautiful. Highlights abound, particularly in the first half: opening track, lead single, and quasi-title song “Flag Day / The Mother Stone” is an utterly assured bit of symphonic prog, shifting between Todd Rundgren vaudeville and bombastic hard rock throughout its 7:33 runtime; “I Dig Your Dog” rides a slinking funk groove, bouncing strings, and a tremeloed vocal hook through several dynamic shifts; mid-album highlight “For the Longest Time” is all space-age soul, minor 7th-chords descending dreamily, like Animal Collective attempting an Isaac Hayes cover. The ambition of this thing hangs together appealingly, and Jones evinces a capable knowledge of music theory that lends his ambitions true weight. One will struggle to hear a chord progression cribbed from anything recognizable—in an “indie” scene ever more concerned with playlist maximization and pop crossover appeal, Jones’ approach is undeniably exciting.

A short film on the making of the album, directed by Jacqueline Castel

The Mother Stone fits comfortably, in fact, within one of the most honorable indie-rock traditions of this last decade: baroque anti-pop freakout. Throughout the 2010s, buzz banders followed well-liked hits with excessive, ambitious, prog-tinged opuses. MGMT succeeded a string of pop-hits with their instantly infamous 2010 album Congratulations; two years later, of Montreal did likewise with the frightening, schizoid Paralytic Stalks; then the Flaming Lips in 2013 with The Terror, Foxygen in 2014 with …And Star Power, Ty Segall with Emotional Mugger in 2016, and the Lemon Twigs in 2018 with Go to School. All underperformed critically and commercially but have become beloved by musicians and indie true-lifers (e.g. me) who value the ethos of originality and boundless creativity at all costs. Indie rockers of late have found budgets hopelessly slashed by record-label closures and the destructive streaming regime; in a way, it makes perfect sense that the mantle of “difficult indie” could only be taken up by a moonlighting film star.

Though one key distinction (currently) sets those indie-rock lifers from CLJ: they have cooler taste. MGMT regularly cite and cover obscuro psych groups such as Faine Jade and the Great Society; Foxygen cheekily mirrored Todd Rundgren and shouted-out Georgia psych-pop legends Olivia Tremor Control in the lead-up to …And Star Power. CLJ, on the other hand, has only noted John Lennon and Pink Floyd’s Syd Barrett, saying “John keeps knocking at the door, and so does Syd, and I’m in there somewhere.” Nothing wrong with either of these guys, but there’s a certain understanding in the music world: unless you’re Lil Wayne, you should not earnestly cite the Beatles as an influence, lest you be mocked for being basic. More troubling that the Texas-born artist adopts a slightly daffy British accent for much of this album’s runtime, threatening to topple the whole thing into pastiche during its more strained moments. And for a double album, the lack of significant breaks from the formula is frustrating. A few times over I couldn’t help but think of The Mother Stone as a “Being for the Benefit of Mr. Kite!” 60-minute megamix.

But then I’m rescued by a moment like the string swells at the climax of “I Want to Love You” and am convinced again that this is the birth of an indie mainstay. In general, the more Jones lets his voice be scary and scratchy, the more convincing he becomes. The Mother Stone marks an indulgent but enthralling first release by a young musician who happens to be a major movie star. I ain’t the type to begrudge a famous person an extravagance here or there—I’m on the CLJ train and can’t wait for his inevitable growth.