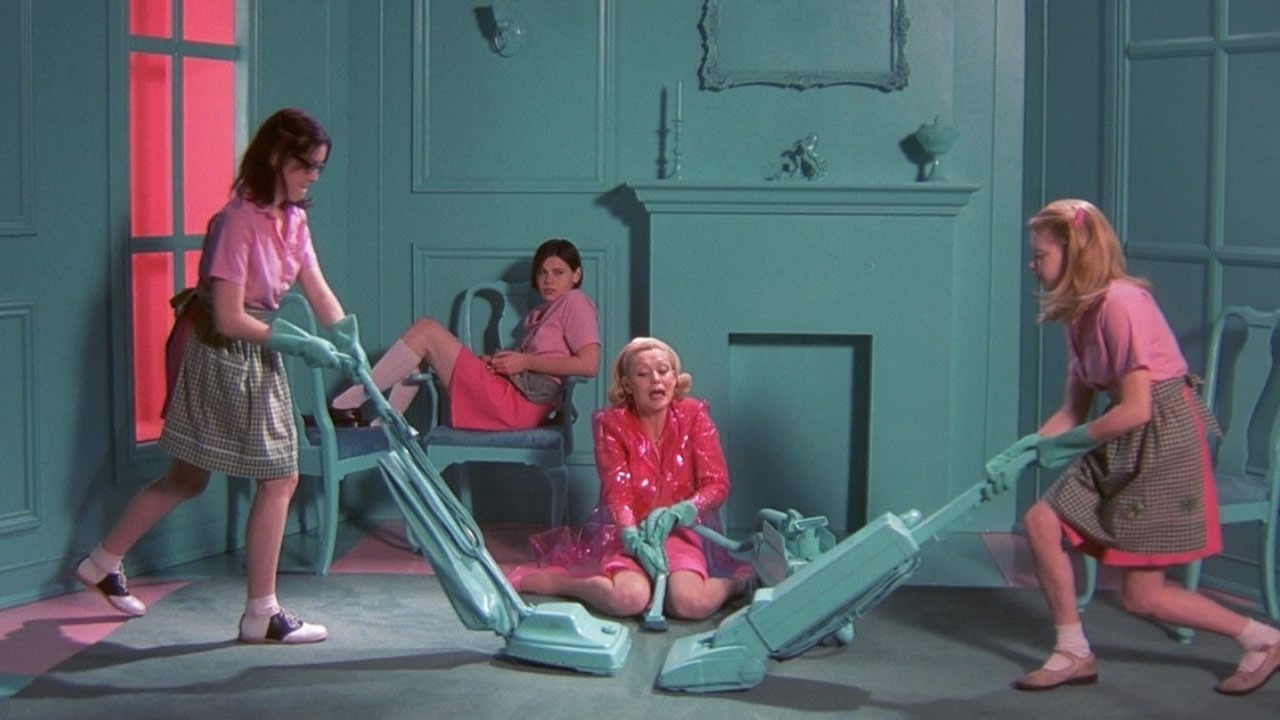 Just in time for the 20th anniversary of Jamie Babbit’s bubbly and sharp queer camp classic, But I’m a Cheerleader; Lionsgate has dropped a trailer for the 4K Directors Cut release out early next month. A subversion of the prudish after school special nature of sexual confusion polemics – the story follows the strait-laced Megan (Natasha Lyonne), a cheerleader who is sent to a gay conversion camp by her parents when they suspect she may be a lesbian.

It’s immediately clear that this conversion camp is not the usual subterranean institution that come to mind when one hears the term. It’s a deliciously gaudy place full of flamboyantly hypocritical counselors and other “troubled” youth who are just trying to come to terms with being themselves. That’s especially relevant for Megan, who finds herself developing feelings for another camper played by Clea DuVall (who’s made her own stamp on queer film with films like The Intervention and this month’s Happiest Season),

Along with Lyonne and DuVall, the rest of the cast is a veritable who’s who of character actors like Bud Cort, Melanie Lynskey, Michelle Williams, and Cathy Moriarty. This new Directors Cut adds a few additional minutes of footage, a cast reunion, a making of, and an audio commentary with Babbit, Costume Designer Alix Friedberg, and Production Designer Rachel Kamerman.

But I’m a Cheerleader: Director’s Cut will be available digitally on December 8, 2020.