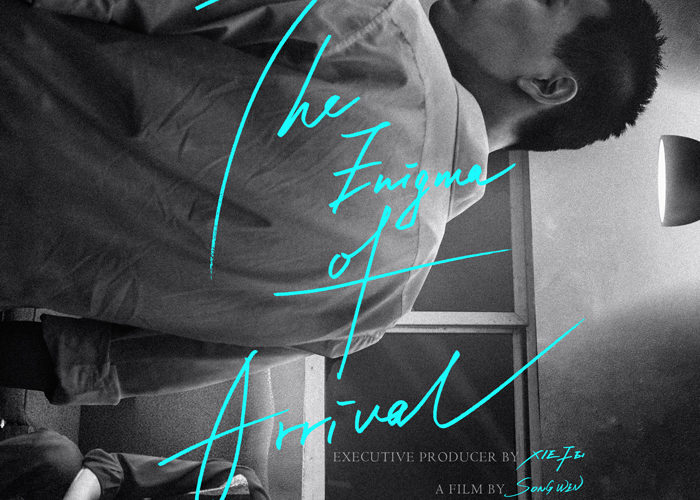 Busan Review: ‘The Enigma of Arrival’ is a Dreamy Dramatic Thriller

As China is set to take over North America to become the single largest film market within the next years, more attention will/should be paid to its formidable and ever-expanding supply of home-grown talents. With the world premiere of his debut feature The Enigma of Arrival in Busan, the spotlight is on writer/director Song Wen, best known for founding the Xining FIRST International Film Festival which, for its celebration of non-mainstream films and emerging filmmakers, is sometimes referred to as the Chinese Sundance.

This background is telling, for Song’s approach to this multiplex-friendly, nostalgia-laced dramatic thriller is not without arthouse aspirations. And while it ultimately doesn’t meet some of its loftier goals, it’s a surprise nonetheless to find such dreamy, strikingly sensitive tone in an essentially commercial picture.

The film opens with an intriguing sort-of prologue. The thoughtful, weary voice of narrator San Pi (Liu Weibo) describes a conflict-ridden reunion with his childhood buddies, shown in a quick succession of shots at a spa resort intercut with b&w flashbacks and splashes of mystically colorful imagery. Led by San Pi’s musings on living a life between fiction and reality, the movie then goes back in time to the early 90’s where we meet not just the bespectacled, slightly awkward San Pi, but also the rest of the original gang: Da Si (Lin Xiaofan), Xiao Long (Li Xian) and ringleader Fang Yuan (Dong Borui).

All four go to the same high school in a harbor town along the Yangtze. But instead of actually going to school, they hang out, chase girls, go to shady theaters that would stop the Wong Kar-wai at midnight to start their pornographic programming. There’s some confused tension when both Xiao Long and Fang Yuan fall for the same girl Dong Dong (Gu Xuan), but overall the boys seem to be doing a fine enough job wasting their precious youth. Serious trouble only comes when they messed with the wrong guys and, one thing leads to another, end up burning down a ship. On that same fateful night, Dong Dong goes missing.

The “good ol’ yesteryear” has been a major selling point of many recent Chinese box office hits. Often seen in contrast to the somewhat obscene collective affluence of China today, those threadbare, “simpler” times communicate an innate goodness and inspire melancholic reminiscence with great potency. Song plays the nostalgia card hard using prominent pop culture references and affectionate portrayals of wild adolescence from the pre-digital age. But he also does it with care and real tenderness, never letting this homage to a bygone era become something garish or cheap. Most importantly, the way he frames this story with two distinct time periods also serves narrative purposes. In many ways, Dong Dong’s disappearance marks the loss of innocence of the boys. And Song makes sure you notice that. When we see them again that many years later, they’re forever changed – just like everything else.

The Enigma of Arrival shares some thematic similarities to Korean director Lee Chang-dong’s Cannes sensation Burning. In both cases, a missing girl from an ambivalent love triangle causes uncomfortable truths to come to light. But while Lee’s is an artfully conceived almost-noir executed with brutal minimalism, Song’s version is much more focused on the crime element itself. Exactly what happened to Dong Dong would be revealed and, accordingly, all the rage, shame, denial and guilt felt by the brothers falls neatly into place. By leaving no question unanswered (explicitly and unequivocally), the film is no doubt made more accessible, even if the sophistication and subtlety of the storytelling are also compromised somewhat.

While no one quite stands out, the young cast is capable and functions well as an organic whole – with Li and Gu showing most on-screen charisma as two star-crossed lovebirds. The interchangeably color/monochrome photography by Li You is yummy. The way he captures small-town life in 90s China, breezily unkempt with an endearing sense of spontaneity, beguiles in particular. Award-winning editor Yang Hongyu, whose past work includes Angels Wear White, Berlinale winner Black Coal, Thin Ice and John Woo’s Red Cliff, delivers another hit. It’s through her poetically rhythmic yet always clear-eyed cuts that the movie, with its genre construct and dramatic undertones, came together.

Song Wen is a skilled filmmaker and, even for his first feature, you can tell he aims high both in commercial and artistic terms. One does wish he’d trust his instincts for the latter more. Among the many differences it would have made is possibly ending the film just a beat earlier, on the heartbreaking shot of a face caught in slow motion from a beautifully edited flashback scene, instead of yet another narrated bit making sure you understand something that doesn’t necessarily need explaining.

The Enigma of Arrival screened at the Busan International Film Festival.