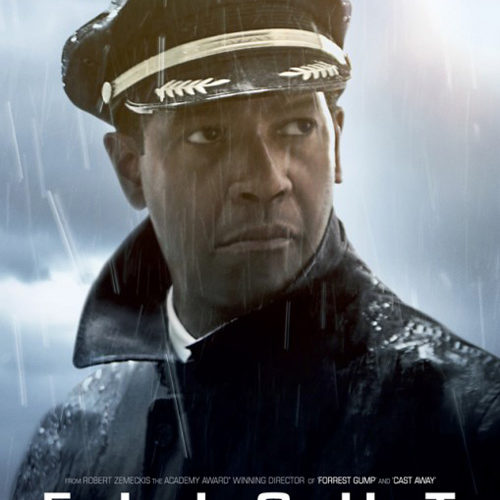 Our reaction on Robert Zemeckis‘ live-action return with Flight was split down the middle, but audiences seem to be connecting with the alcoholism drama, as its set to outpace its budget by the upcoming second weekend in release. One group, however, aren’t happy with the film that sees Denzel Washington heroically maneuver a crashing plane while drunk and on cocaine.

If you’ve seen the film, then you know one of the most remarkable elements is the sheer variety of alcohol portrayed in the film. Now reports are coming in that both Anheuser-Busch and the distributor of Stolichnaya vodka are upset at Paramount for the use of their brands in the film. They posit that the studio never asked their permission to use their product — which is often shown in a negative light as Washington drinks and drives, among other scenarios.

Their proposition is a hefty one, as a representative says, “We would never condone the misuse of our products, and have a long history of promoting responsible drinking and preventing drunk driving. We have asked the studio to obscure the Budweiser trademark in current digital copies of the movie and on all subsequent adaptations of the film, including DVD, On Demand, streaming and additional prints not yet distributed to theaters.” Considering this isn’t exactly a Sony laptop in Skyfall, one wonders if Paramount will comply considering how heavily vital these elements are to the story, but one expects not much will come from it due to the film already be out in the general public. [AP]

Moving on to more interesting Flight-related updates, featured in the first act of the film is a thrilling plane crash sequence. If you’ve wondered exactly how Zemeckis and crew were able to capture the event, Paramount have released a featurette detailing the process. Not only does the visual effects supervisor go through the struggles of re-creating a crash, but the logistics of bringing to life an actual airport. Check it out below.

Have you seen Flight? What do you make of the accusations? Were you impressed by the visual effects?