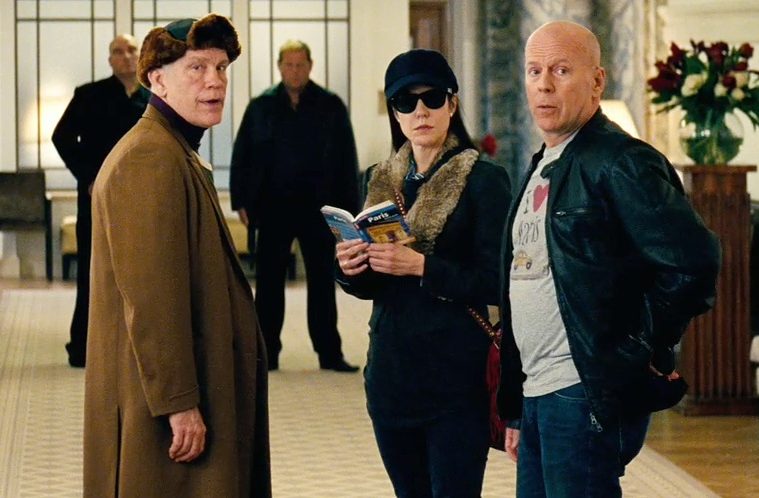 In a rare Hollywood occurrence, director Robert Schwentke will actually be in direct competition with the franchise he helped launched this summer. We recently saw the first trailer for his dead cop buddy sci-fi actioner R.I.P.D. and set to be released the very same day is Red 2, which just revealed a brand new trailer.

Filling in behind the camera is Gravity Quest‘s Dean Parisot and this one looks to be following directly in line with its predecessor with bland action beats and jokes, created only for those who want to pass the time in an uninspired, but not terrible, fashion. If you like old people jokes and Helen Mirren rocking two guns, check out the trailer below for the film starring Bruce Willis, John Malkovich, Mary-Louise Parker, Anthony Hopkins, Catherine Zeta-Jones, Byung Hun Lee, Brian Cox and Neal McDonough.

In RED 2, the high-octane action-comedy sequel to the worldwide sleeper hit, retired black-ops CIA agent Frank Moses reunites his unlikely team of elite operatives for a global quest to track down a missing portable nuclear device. To succeed, they’ll need to survive an army of relentless assassins, ruthless terrorists and power-crazed government officials, all eager to get their hands on the next-generation weapon. The mission takes Frank and his motley crew to Paris, London and Moscow. Outgunned and outmanned, they have only their cunning wits, their old-school skills, and each other to rely on as they try to save the world-and stay alive in the process.