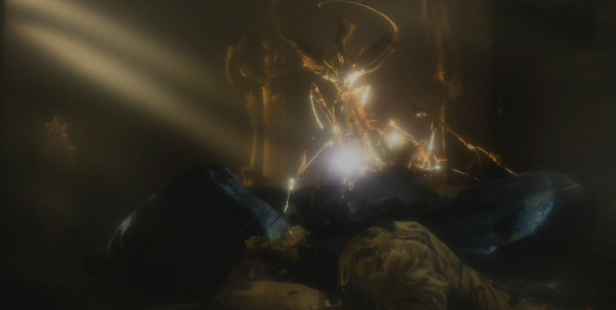 They have been in the animation business for over three decades and most people wouldn’t know who Stephen or Timothy Quay was if they caught either one in their home bathroom. The Brothers Quay do things with stop-motion animation that are once dated and before their time. Perhaps their most famous film, Street of Crocidiles (inspired by the Bruno Schultz short story selection), was nominated for the Palme d’Or at Cannes in 1986. A Gothic tale of curiosity violently colliding with corporate manufacture, viewers will see traces or Gilliam and Burton made on half the budget with double the meticulousness.

Below is the trailer for their new film, Maska, a strange and wonderful little tease, full of beautifully lit mini-sets and rapid-fire stop motion. Check it out below (via Gordon and the Whale, Twitch Film):

There’s precious little information about the film, sans release date or even a spot on either of the brothers’ IMDB page. So stay tuned for more.

Below I’ve embed both parts of Streets of Crocidiles. Watch it, love it (c’mon! it’s only 20 minutes long!):

What do you think of Street of Crocidiles? Are you excited for Maska?