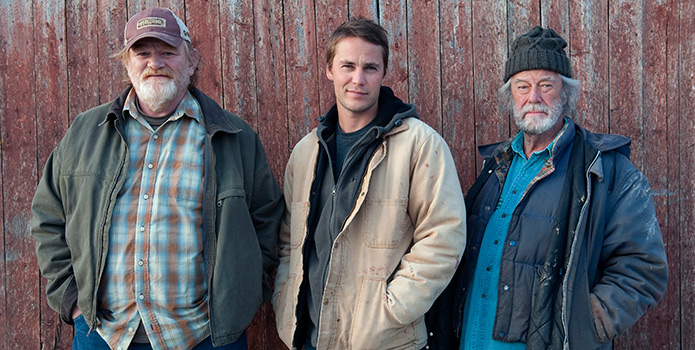 Although it didn’t seem to stir up much buzz during its Toronto International Film Festival last fall, the Canadian dramedy The Grand Seduction will be landing in theaters up north in a few months and today brings the first trailer. Coming from Don McKellar (Last Night) it follows a group of people in a coastal fishing town in Newfoundland, who hope to impress a doctor that arrives there. A remake of the 2003 French-Canadian hit Seducing Doctor Lewis (adapted by Michael Dowse), it looks to be a light, generally fun time. Check out the trailer below via TheMovieBox for the film starring Brendan Gleeson, Taylor Kitsch, Gordon Pinsent, Liane Balaban, and Mark Critch.

Update: Watch the U.S. trailer below.

The only hope for the tiny outport of Tickle Head is a new Petrochemical plant, but in order to qualify for the bid they need to prove they have a resident doctor. When fate sends Dr. Paul Lewis (Kitsch) their way, unemployed fisherman, Murray French (Gleeson) mobilizes the town to do everything they can to convince the fast living, jazz loving, cricket playing doctor that their sleepy harbour is a paradise tailor-made just for him.

The Grand Seduction arrives in U.S. and Canada on May 30th.